Mother Of Murdered Little Girl Says She Was One Victim More

22-year-old mother of five says her little girl was attacked by her new boyfriend, who threatened her with death if she reported the violence 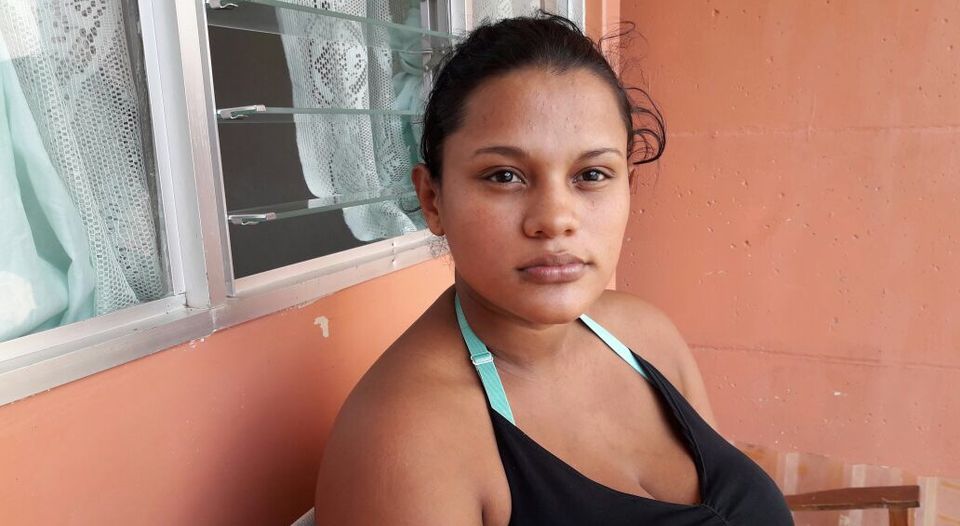 With ¢20,000 colones (US$35) sent to her, the mother of the little girl beaten to death in Orotina says she tried to to flee the house with her four children.

The 22-year-old woman, Meilin Alvarado Savala, mother of five, claims that her new boyfriend had he locked up and threatened her life if she reportedhe assault on the 22 month old girl.

On Sunday, May, 28, 2017, the little girl was taken on Sunday to the Hospital Monseñor Sanabria, in Puntarenas, where she died.

The subsequent autopsy revealed that the child had two broken ribs, a fissure in the skull with hemorrhage and bruises produced by aggression.

Meilin and her boyfriend, Jean Lutas, were arrested. The case is being investigated as

The case is being investigated as homicide.

Meilin, pregnant when arrested, after spending a day in the cells of the Organismo de Investigacion Judicial (OIJ), she went into labor. On Tuesday, at 11:00 am she gave birth to her fifth child at the San Rafael hospital in Alajuela.

Lutas is being held in preventive detention for the suspected murder of the little girl. Although Meilin is free, the Fiscalia (Prosecutor’s Office) says their investigation is of both.

In an interview with Telenoticias and La Nacion, Meilin said her story, one of aggression and death threats that ended the life of her little girl, began three months ago when she moved to Orotina to live with her new boyfriend, whom she had met by way of Whatsapp.

Meilin Alvarado, a native of Alajuela, assures she is one victim more. “I do not have to feel guilty, I was a victim also,” she on Wednesday.

Meilin said in the intervieas that Lutas, after they started dating, brought her to live Orotina, in the community of Urbanización Flor de Liz.

Asked about the father of her children, Meilin said she had left him some time ago precisely because of the violence, he attacked her physically and psychologically and had reported it to the OIJ.

However, as she quickly realized,, her new relationship was no better. The aggression towards her and the children beginning a short time after starting to live with Lutas.

“It was a horrible relationship. At first everything was going well. A few weeks ago the aggressions began towards me and my children. It all started when he said that at night he heard footsteps in the back of the house, he would then get up, that’s where I think he attacked my girl,” said Meilin.

Meilin continued her story by saying she could not report the attack, for she could not leave the house, she was threatened. She feared for her life and that of her children. “In the end he did it to my daugther,” said Meilin.

The young woman said she suspected but did not know what had happened, that her six year old had seen something, but was too scared to talk.

“At the clinic, on Thursday, doctors found nothing. She slept with her brothers and sisters. On Sunday when I saw her in bad shape, unable to breathe, we took her to the hospital in Puntarenas,” said Meilin.

“And what happened there, at the hospital? He was with you?” she was asked.

Her reply, “I remember he said to me: ‘I feel guilty’. And why? I asked. ‘I feel guilty,’ was his response again. Until I called my mother and she told me everything the girl had suffered, that is when I realized the real situation. I can not say that during the day he did anything to them (the children). I think he did things at night when he got up to look for the noises behind the house.”

Meilin explained that she and her other children are going to live with her mother, where she will continue to struggle for them.

She says she does not feel guilty for what happened to her little girl, she was one more victim.

“To clarify to the people who judge me as accomplice, that it is not so. Only I know what was happening inside the four walls of my house. Some thought I lived happily, but I did not. Others will say, ‘And why did not I?’ Because of fear! I am a mother and would never hurt a child I have had in my womb for 9 months,” said Meilin Alvarado.

- Advertisement -
Paying the bills
Previous articleRuta 32 (San Jose – Limon) Closed Thursday and Friday Morning
Next articleNew “San Jose” International Airport Would Be Ready As Early As 2027. Or 2032. Or?