“Costa Rica, no artificial ingredients” has been a brand that, in the words of the designated Minister of Tourism, Wilhelm  von Breymann, “has really characterized us and people have identified with it as much on the outside as within the country”.

The minister, that will take the reins of the Instituto Costarricense de Turismo (ICT), said on Wednesday that bringing back the brand is something he will be considering. 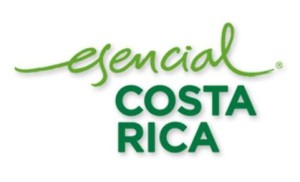 “I don’t want to get ahead of myself”, said von Breymann, but it’s something that cannot be ignored.

Last year, the country opted for a change, developing the “Esencial Costa Rica” brand to replace the “No Artificial Ingredients“. At a cost of US$650.000 dollars, the “Esencial” brand was received with criticism and so far only four companies have been licensed to use it.

The minister-appointee is not saying that “Esencial” will be scrapped. But, he is of the opinion that perhaps both brands can be used. “The country brand (Esencial) sounds good, it has to be exploited more, but I don’t want to let go of the other (Ingredients) entirely”, said von Breymann.

- Advertisement -
Paying the bills
Previous articleNetflix To Raise Prices For New Customers
Next articleForeigners Not The Cause of Insecurity in Costa Rica, Says Security Minister

Investing and getting a good income is one of...
Latin America