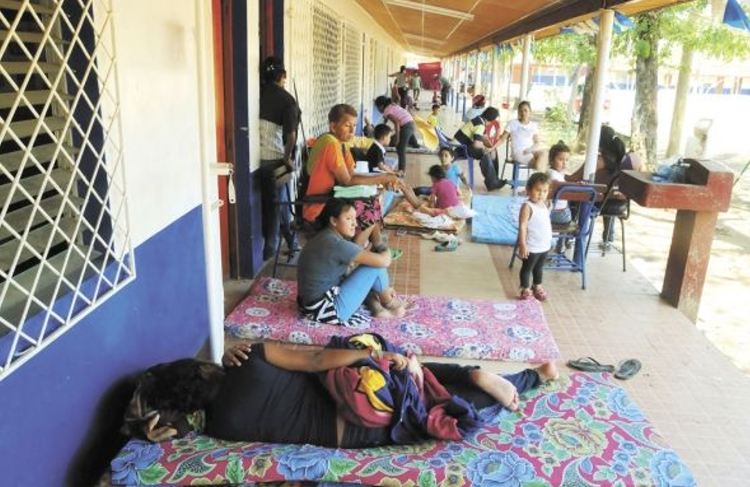 TODAY NICARAGUA – Two earthquakes four minutes apart were recorded Friday in the Nicaraguan Pacific. Add to those the earthquake on Thursday at 5:27pm in Xolotlán lake., the country experience three earthquakes in less than 24 hours.
[su_column size=”1/4″]

Fatima del Rosario Pérez Medina , a native of Managua, died Thursday night from a heart attack , according to the Roberto Carlos Huembes Hospital

[/su_column]At 2:29pm Friday with is epicentre in Naindaime the first quake registererd 6.6 on the Richter scale. At 2:33pm in El Astillero, Tola, Rivas, another quake had a magnitude of 6.7.

The Friday quakes were felt in Granada, Managua, Boaco, Carazo, León, Rivas, Chinandega, Masaya and Jinotega. In addition, there were reprots of having been felt in neighouring Hounduras, El Salvador to the north and Costa Rica to the south.

With the Red Alert declared by (unconstitutional) president Daniel Ortega early Friday, the Civil Defence and other institutions remain on constant alert and to perform a detailed analysis of the damages, especially in Mataere and Nagarote, where some 53 homes collapsed another 1.060 damages, 731 buildings suffering cracks and more than 300 metres of power lines downed.

Martínez added that in the neighbouring communities of Las Breñas, Las Cuatro Esquinas and El Manchón, only one home was damaged. In the ara of Santa Rosa del Mombacho, there were landslides.

Martínez said that in Naindaime there are seven shelters ready to handle any event.

In Mateare and Nagarote, Civil Defence, in addition to the property damage, reports 33 injured, four of which were taken to the Hospital de León. Four families had to be evacuated, a total of 26 people who were being housed in the La Estación shelter.

The head of the Instituto Nicaragüense de Turismo (INT) – Nicaraguan Tourism Institute, Mayra Salinas said the Plan Verano 2014 (Summer Plan 2014) is not cancelled. Rather, the INT is working hard to ensure that Nicaraguan families and foreign tourists can enjoy the Easter season.

Salinas said that efforts are being made to increase security measures at the beaches and resorts.

Today, Wednesday, June 9, only EVENS can circulate. The measure is countrywide and applied between 5:00 am and 9:00 pm, save for those under the...
Front Page