Nicaragua and Russia to Build Plant for Anti-Flu Vaccines 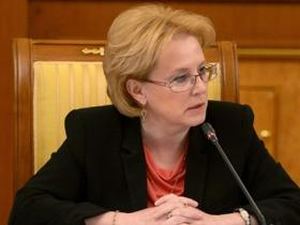 TODAY NICARAGUA (Prensa Latina) The Public Health Minister of the Russian Federation, Veronika Skvortsova, reported Wednesday that in conjunction with Nicaragua, Russia will build a plant in the Central American nation, to produce influenza vaccines, worth $ 14 million dollars.

Skvortsova participated in the inauguration of the Second International Conference “Innovating for Universal Health Coverage Nicaragua-Russia 2015”, which will end in the capital on Friday.

As part of the links of friendship and cooperation between the two countries, a biological company will be built in Nicaragua, for the production of anti-flu influenza vaccines, emphasized the high Russian official.

The government of Russia invested $ 14 million in the creation of this company, work scheduled to begin in Managua this month, she reiterated.

The project productive capacities need a stable trading market, both by the Pan American Health Organization as by Nicaragua, considered the Russian official.

Her Nicaraguan counterpart, Sonia Castro, recalled that “makes several months began a joint effort to establish biological plant producing vaccines and other health technologies, such as medicine and dedicated to the diagnosis of other pathologies reactive “.

Among the various issues addressed by the conference include also vaccines for HIV-AIDS infected children, the clinical behavior of chikungunya in Nicaragua and hemorrhagic fevers in the region of the Americas.

The binational event in the healthcare issue it is dedicated to human vaccines against dangerous infections.

During the three days of medical and scientific congress of Nicaragua, Russia, India and other nations will present several investigations that seek to strengthen health systems in the region and the world.

TODAY NICARAGUA – The Nicaraguan government assures that the imprisoned political opponents detained on charges of “inciting foreign intervention” are “usurpers” financed by the...
Business