TODAY NICARAGUA NEWS — At the end of June the credit portfolio of the banking system recorded an increase of 21.5%, with loans to the commercial sector, personal and industry seeing the most demand.Despite being the smallest national bank in the Central America, it is the one that has reported the highest growth in its loan portfolio during 2014, growing by 21.55% at the end of the first half of 2014. 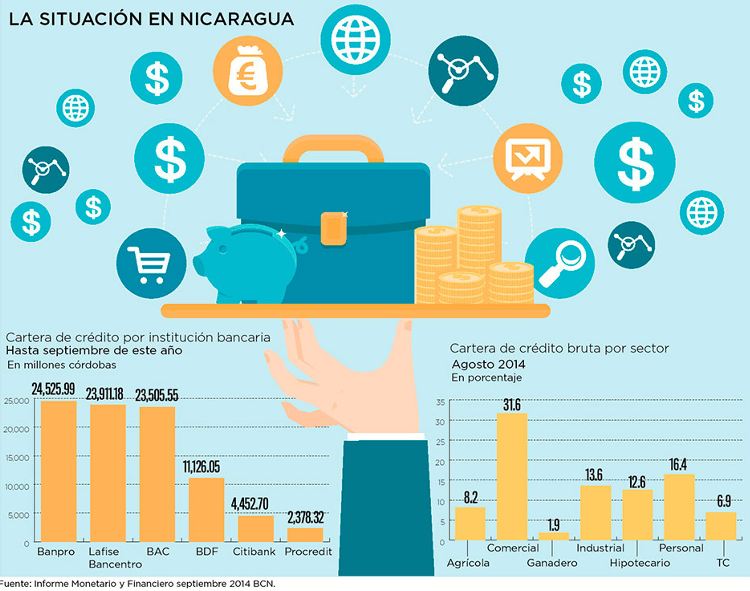 Elnuevodiario.com.ni reports that “… The latest financial stability report published by the Central Bank of Nicaragua (BCN), said that up until the first half of this year domestic banks continued to evolve with stability, with a moderate expansion of credit and liquidity levels similar to the period before the global financial crisis. ”

Ovidio Reyes, president of the BCN, added “… Although the bank is the smallest in the region, it has low exposure to various financial risks such as liquidity, credit and market, and is able to withstand various shocks. ”

Today, Sunday, June 13, only EVENS can circulate. The measure is countrywide and applied between 5:00 am and 9:00 pm, save for those under the...
Rico's Digest

QCOSTARICA - The OIJ uncovered a big pothole on Monday when it was announced that public officials had allied with construction companies that, apparently,...
Cine (Movies)