(QCOSTARICA) Bus companies that transport passengers between Nicaragua and Costa Rica (and vice versa) must request from passengers the cedula (identity card), residency document (DIMEX) or their passport that certifies their legal presence in Costa Rica. 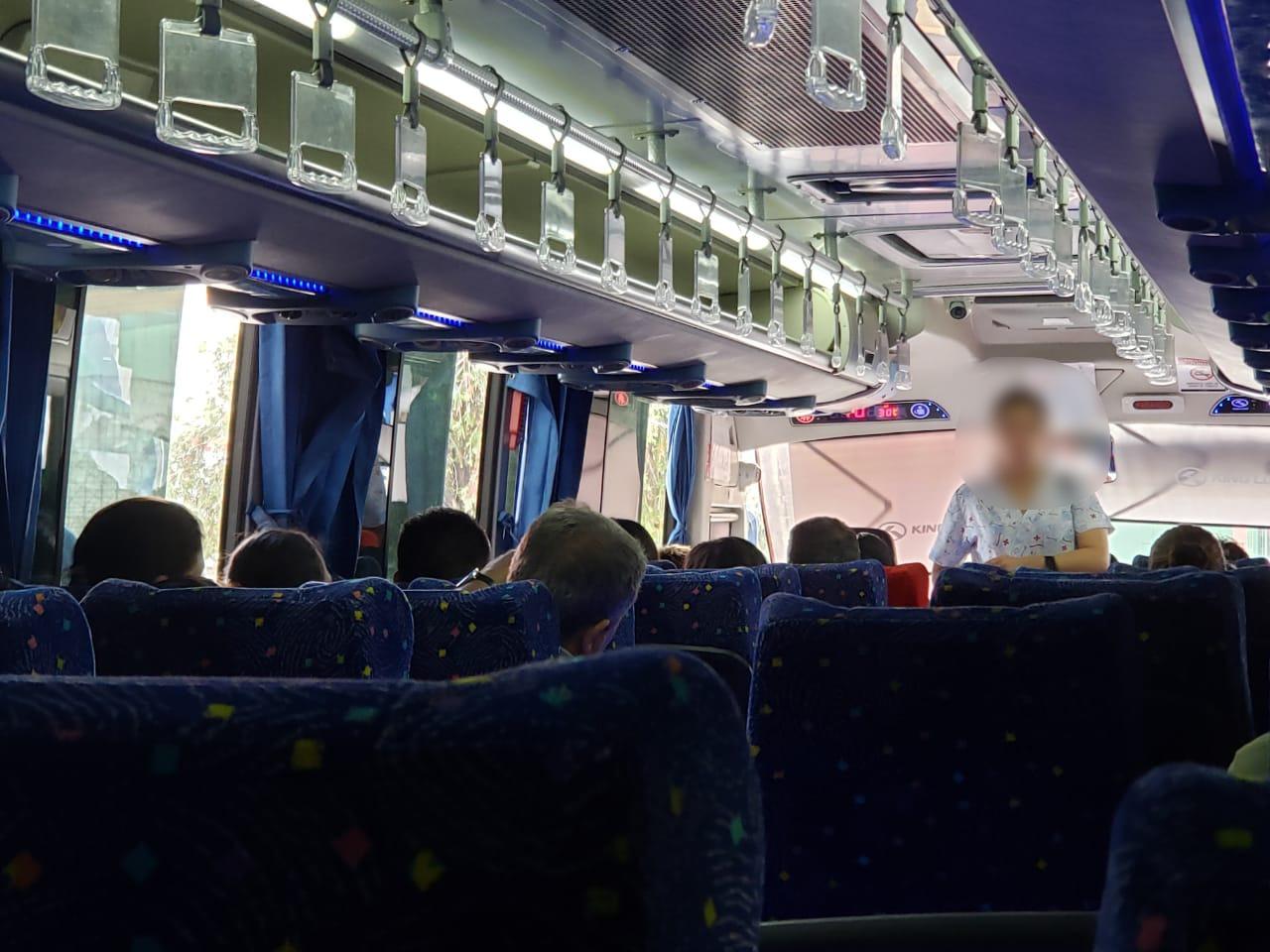 This measure is complemented by the guideline that restricts the entry of foreigners to the country. Currently, only Costa Ricans or foreigners with residence (if they have not left the country after March 23) can enter.

Bus companies must request the documents at the time of ticket sales or by the driver when boarding at a road stop. Without exception.

“In the event of omitting said provision, their representatives could be exposed to administrative sanctions that could lead to the opening of procedures for cancellation of the concession or permit currently held by those represented,” said the Consejo de Transporte Público (CTP) – Public Transport Council, in a statement referred to companies that operate cross-border services.

The CTP urges that in the event of altercations or “situations” with passengers, the bus drivers can request the assistance of the police, Fuerza Publica or Policia de Transito.

The objective of this measure is to minimize the transfer of people who enter under an irregular migratory condition – illegally – taking into account that Nicaragua is a focus of risk for the spread of COVID-19 in Costa Rica. 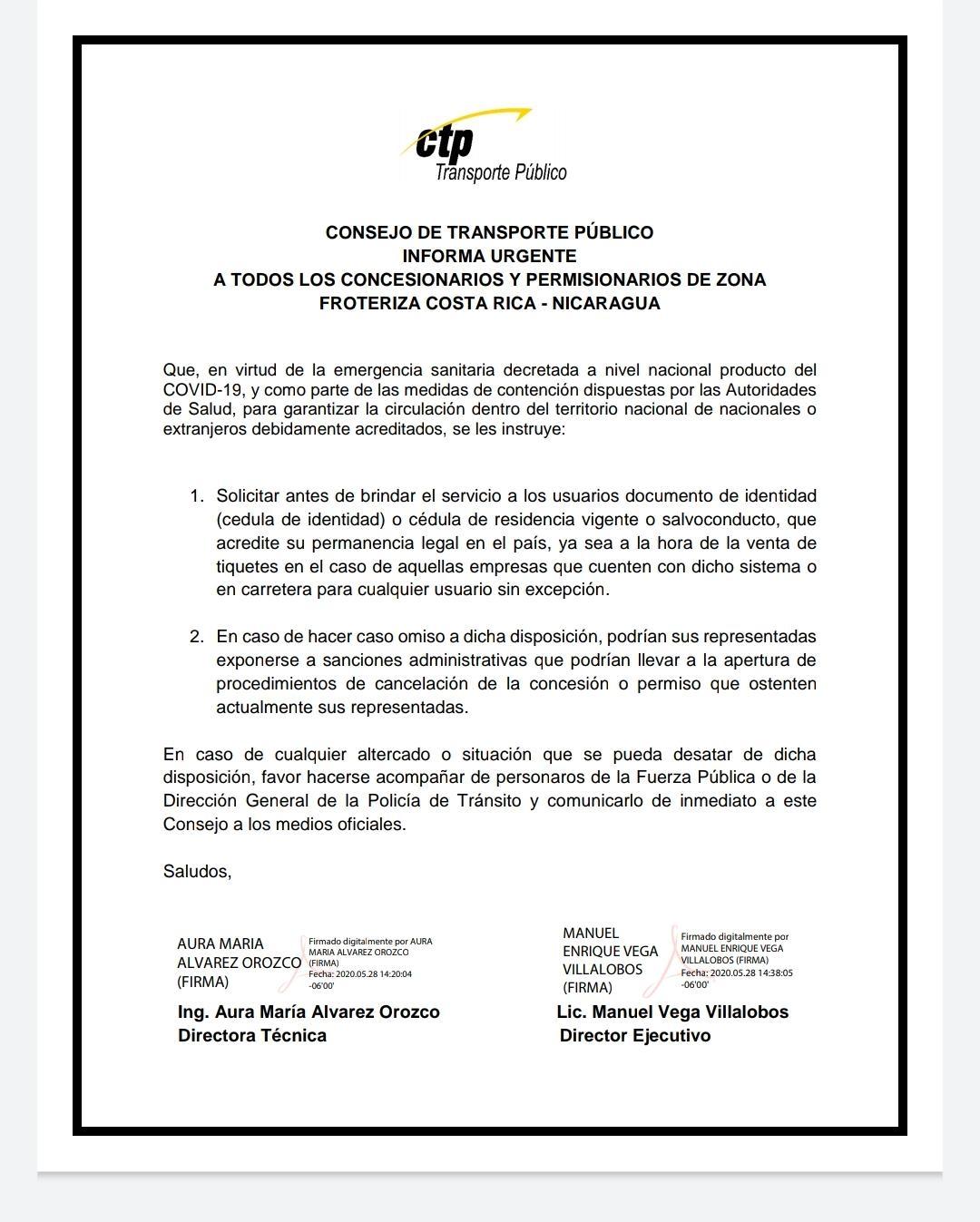 Meanwhile, Nicaragua has officially reported 759 positive cases and 35 deaths. However, Nicaragua NGO’s like Observatorio Cuidadano say the real numbers are much higher, estimating the number of infections closer to 3,000 and around 600 deaths.

The NGO says the figures are extrapolated from the confusing messages and numbers published by that country’s Ministry of Health (Minsa), reports of health workers at state and private hospitals, and press reports of the burials.

This week the Pan American Health Organization (PAHO) warned that Nicaragua is facing a phase of community contagion from COVID-19 and urged the Daniel Ortega government to make the emergency management transparent.

QCOSTARICA - In the second week of the new government, the...
Read more
- paying the bills -

QCOSTARICA -Starting this Tuesday afternoon and evening, an increase...
Politics