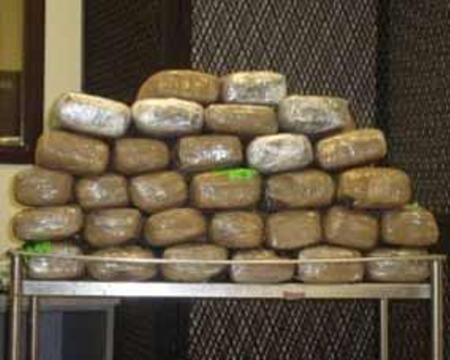 (Prensa Latina) The Nicaraguan Army captured another shipment of drugs, money and fuel in the last hours, in an operation against drug trafficking in territorial waters of Nicaragua in the Caribbean, said the Navy Friday. Even the counting of the confiscated shipment had not been concluded, when Rear Admiral Marvin Elias Corrales Rodriguez said in advance it was an important amount of drug that was intercepted 20 miles southeast from the southern city of Bluefields.

The operation is framed in the national strategy to contain drug trafficking, and in this case, 60 sacks of cocaine, a sack of marijuana, 15 barrels of fuel, an undetermined amount of money and three crew members were occupied, and the crew members arrested.

QCOSTARICA - The contagion rate of covid-19 once again...
Chile