Nicaragua: Mother of Lucia Pineda: “This is a nightmare” 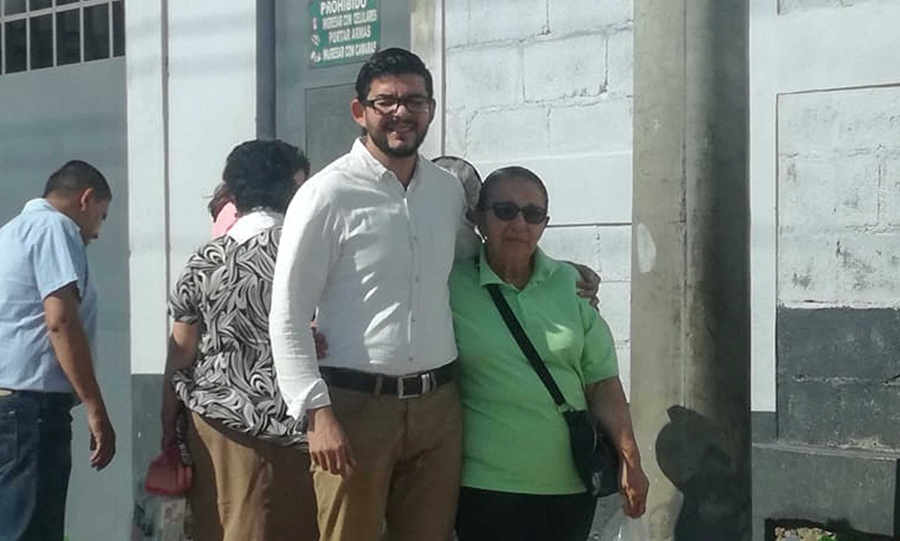 Lucía Ubau Hernández, the mother of the imprisoned journalist Lucía Pineda Ubau, described as a “nightmare” the situation of her daughter, whom she was finally able to see on Sunday at La Esperanza women’s prison.

“I await her early release and the end of all this senseless and illogical nightmare, that just because she did her job, my daughter was arrested. I trust in God who will enlighten those responsible and will make them aware of their actions,” said Ubau Hernández.

Hernández hadn’t seen her daughter for months before and after her arrest in December given she lives in Costa Rica. She was able to on Sunday after being granted her request for the special visit by the Ortega regime.

Hernández confirmed that her daugther, who headed the 100% Noticias cable television news, is in good health.

“I was afraid for my daughter’s safety, after seeing so many barbarisms (in the news). Now I’m calmer because I know she is in good health,” said the mother.

“She (Lucia) is much better than last week, she looks better and is in good health. She is getting vitaminized, doing exercises, but she is still isolated, she is only getting sun on Thursdays, for 20 minutes,” added Noé Ubau, cousin of the journalist.

Noé Ubau described the encounter between mother and daughter as “emotional”.

“It was a joyous encounter, it was very emotional, Lucia shed some tears when she saw her mother and, like every mother, she checked her daughter from head to toe to verify that her physical integrity had not been violated,” said the cousin.

According to Hernandez and Ubau, Lucia is very strong and full of courage.

“Lucia does not stop praying and was very excited to see her mother, that will give her more strength,” said her cousin.

Although Lucia’s mother did not want to refer to his state of health, she said she has faced this situation with great faith.

“I have kept calm, avoiding the rumors that run on social networks, which cause a lot of anxiety and confusion,” said Hernandez, who expects her daughter will be released soon.

Lucia Piñeda, who is Nicaraguan and Costa Rican, was arrested on December 21 last along with the director of 100% Noticias, Miguel Mora, during a rain on the cable television station.

Both are accused by the Ministerio Publico (Prosecutor’s Office) of threatening the stability of the country, for promoting and inciting hatred, something that both journalists have rejected.

- Advertisement -
Paying the bills
Previous article‘This Is Going To End Ugly’: Venezuela’s Power Outage Drags On
Next articleWhich are the favorite Cell Phone brands in Costa Rica and Central America?