Nicaragua on Edge Over The Next “Big One”

TODAY NICARAGUA – The Instituto Nicaragüense de Estudios Territoriales (INETER) said today that the Apoyeque volcano has started “another process” that could lead to stronger earthquakes, renewing fears of the next “big one”‘ 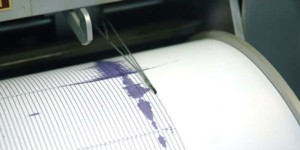 According to Wilfried Strauch, a specialist with the INETER said that the process could cause a chaing of earthquakes up to 6.2 magnitude on the Richter Scale.

The warning was made on Channel 4 television, owned by the Ortega Murillo family.

Strauch recommended that “if you cannot avoid the earthquake, be prepared”, especially for the most impoverished population. The government is asking Nicaraguans to remain as calm as they can, but on high alert for continued earthquakes.

Sunday night’s string of earthquakes, more than 40 replicas following three quakes with the strongest registering 5.6, comes on the heels of a government warning that the recent volcanic activity has reawakened the Momotombo Volcano and reactivated the old “Estadio Nacional” (Managua) fault line, causing the 1972 disaster that rocked Managua.

First lady Rosario Murillo, who is the government’s spokeswoman, said the recent seismic activity had reactivated the Managua fault, frightening city residents with memories of the 1972 quake. The U.S. Geological Survey said it could not confirm that, but said it was common for large quakes to affect nearby faults, sometimes making them more liable to cause new quakes and sometimes less so.

“We have to live on constant alert,” Murillo said Monday. “Follow our instructions. We’re still in a state of high emergency.”

The 1972 Nicaragua earthquake occurred at 12:29 a.m. local time on Saturday, December 23, 1972, near Managua. It had a magnitude of 6.2 and occurred at a depth of about 5 kilometers and 28 kilometers northeast of the city centre. Within an hour after the main shock, two aftershocks, one of magnitude 5.0 and the other 5.2, occurred. The earthquake caused widespread casualties among Managua’s residents: 6,000 were killed, 20,000 were injured and over 250,000 were left homeless.

Today, Monday, June 14, vehicles with plates ending 1 & 2 CANNOT circulate The measure is countrywide and applied between 5:00 am and 9:00 pm,...
Environment