Costa Rica’s vice president and Foreign Minister, Epsy Campbell, on Monday night confirmed in her twitter account that the social and feminist activist Ana Quirós, director of the Center for Information and Health Advisory Services (CISA), and a Costa Rican naturalized in Nicaragua, had been deported, handed over to Costa Rican authorities at the Peñas Blancas border.

“The Consul General of Costa Rica in Nicaragua, Óscar Camacho, reports that the state of health of the Costa Rican-Nicaraguan citizen is optimal,” adds Campbell in her message.

Earlier in the day, Campbell had posted on Twitter the morning detention and subsequent expulsion of the Costa Rican-Nicaraguan citizen.

On Saturday, Quiros was notified to appear at the Dirección de Migración y Extranjería in Managua. The notice did not give a reason, just be there at 10 am.

Before going immigration, Quiros, who has lived in Nicaragua since “when the rubble of the earthquake was still smoldering” tried to file an appeal before the Tribunal de Apelaciones de Managua (TAM) – Court of Appeals of Managua, but could not get past the main gate. 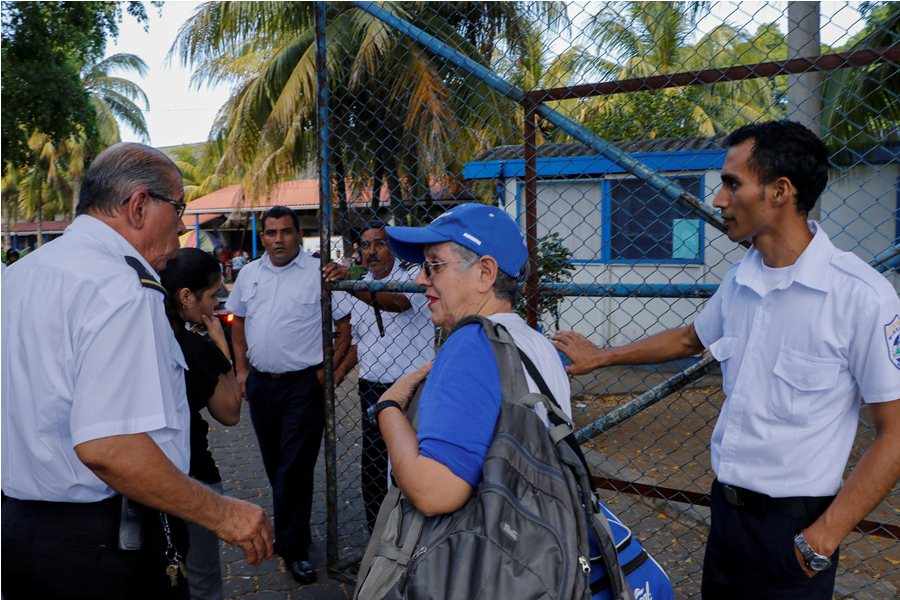 So, prior to the 10 am meeting, accompanied by other activists and lawyers from the Nicaraguan Center for Human Rights (Cenidh), Quiros denounced the summons at a press conference.

“It is not a piece of paper that gives one nationality, nor will that will take it away from me, if that were the case. I have always been committed to Nicaragua since the first time I came, when I was 15 years old, when the rubble of the earthquake was still smoldering. Since then I feel committed to Nicaragua, its people and its laws,” said the Costa Rican-Nicaraguan citizen.

Following the press conference, at immigration, she was surrounded by a strong police presence.

According to the legal director of the Nicaraguan Center for Human Rights (Cenidh), Gonzalo Carrión, Cendih lawyer, Wendy Flores, was not permitted to accompany Quiros at the interview with immigration officials and “that the immigration authorities asked her to leave the offices after waiting for hours”.

Later Monday,  Quirós, of Mexican parents and born in Costa Rica, found herself at the border with Costa Rica, stripped of her Nicaraguan nationality obtained 21 years ago, being handed over to Costa Rica authorities in the deportation process. 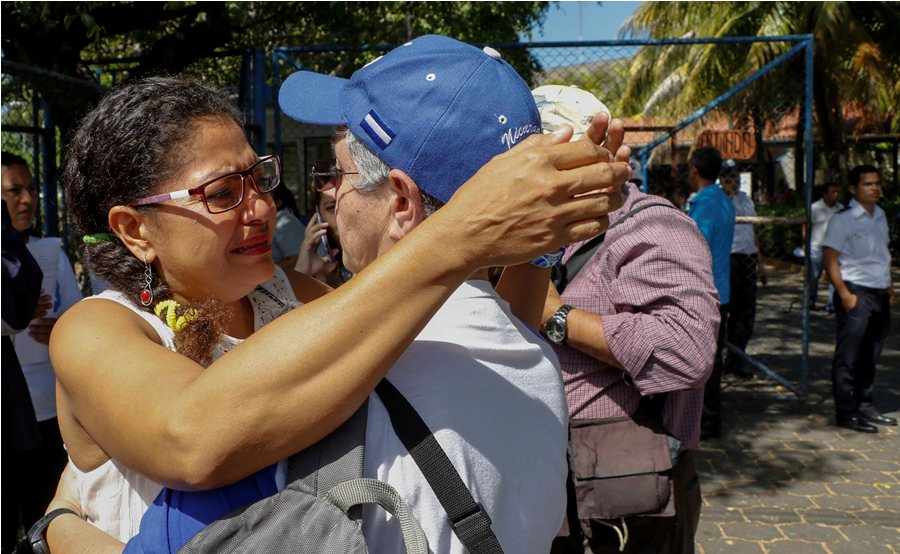 Quiros had lived in Nicaragua from the time of the Sandinista Revolution (1979-1990). There, she served as director of the Centro de Información y Servicios de Asesoría en Salud (Cisas) -Information and Health Advisory Services Center.

The General Directorate of Migration and Immigration of Nicaragua also warned three other defenders of the Colectivo de Mujeres de Matagalpa (Collective of Women of Matagalpa), to refrain from participating in political activities due to their status as foreign residents. 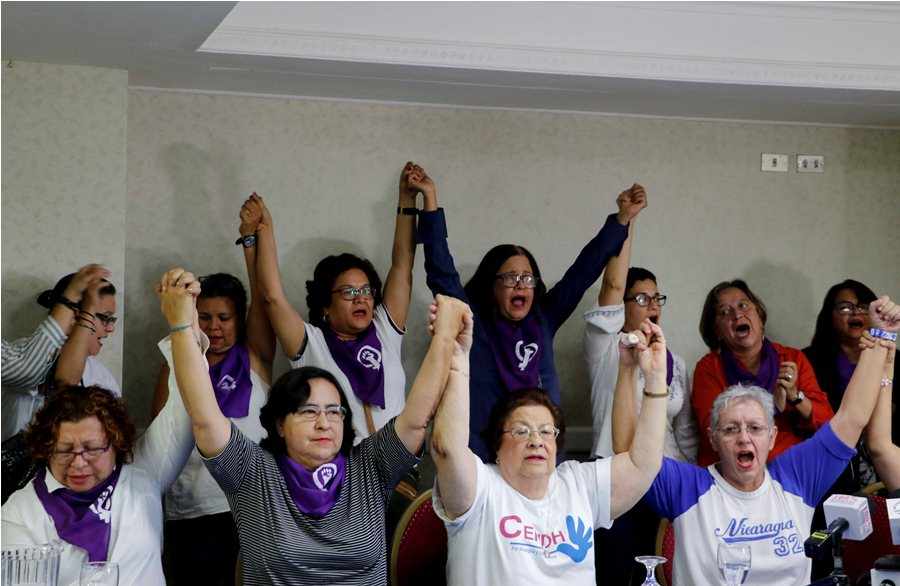 Beatrice Uber, a citizen of Switzerland and the sisters Ana María and Ana de Jesús Ara Soberriba, of Spain, are the activists cited to immigration warning.

The government withdrew the residence cards of the Matagalpa activists and had them sign a document in which they pledge not to participate more in political activities. They are also to appear at immigration every 15 days, while they process a new residency application.

“They made us sign a document, something that we already knew we should not do, in which we committed ourselves not to participate in political activities. They took our residence card and we have to start again as if applying the first time. We, in the last 33 years of living here, have only had to renew “, explained Ana María Ara Sobarriba, after leaving immigration.

QCOSTARICA - Bars are the hardest hit every time...
Health