Nicaragua to Fight Narcos with Warplanes? Don’t Believe It 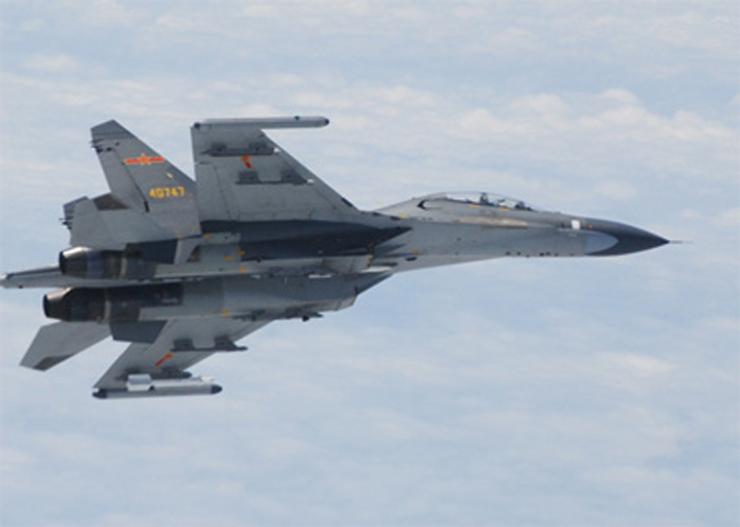 TODAY NICARAGUA – Recent claims by Nicaragua that it intends to buy Russian fighter jets for counter-narcotics operations have raised eyebrows in Latin America, and exemplify how the fight against drug trafficking can be used to obscure ulterior motives.

He affirmed that Nicaragua has “the right to explore the best way to equip itself in order to comply with the sacred mission of defending its national sovereignty” and explained that the military’s current equipment was “insufficient.”

The announcement came a day before Russian Foreign Minister Sergei Lavrov visited the country, and validated rumors that had been circulating since Aviles’ remarks in August 2014 that the military was in the process of acquiring new airplanes, helicopters, and ships.

Army Inspector General Adolfo Zepeda explained that the military equipment was to be used to prevent drug planes from entering Nicaraguan airspace, but assured the country’s nervous neighbors that the fighters would be “completely defensive aviation, not attack planes.”

However, during his March announcement Aviles mentioned several aircraft models under consideration, including the Tucano, Super Tucano, A-37, Yak-130, and MiG-29 — all of which have attack capabilities.

Nicaragua’s claim that it will only use fighter jets defensively to oppose drug traffickers has also provoked widespread skepticism among regional and military observers.

Speculation, however, has centered on the possibility that Nicaragua is seeking to buy at least six MiG-29 fighter planes from Russia. At an estimated $29 million each, the six planes would cost about $174 million in total (Nicaragua’s 2015 defense budget is reportedly only $82 million).

Neighboring countries have expressed alarm at the potential military hardware upgrades, with Honduras (which has territorial disputes with Nicaragua in the Gulf of Fonseca) and Costa Rica concerned over military imbalances and the possibility of a regional arms race. Colombia — which has sovereignty disagreements with Nicaragua over maritime boundaries — also perceives the move as a potential threat.

Nicaragua’s claim that it will only use fighter jets defensively to oppose drug traffickers has also provoked widespread skepticism among regional and military observers, who cite the inherent offensive nature of such aircraft and their limited utility in fighting drug trafficking. “One doesn’t combat drug trafficking with that kind of heavy military equipment for fighting wars,” Costa Rican Foreign Minister Manuel Gonzalez stated in February.

On its surface, going to the extremes of buying expensive, advanced military aircraft to fight drug trafficking is an illogical maneuver for the second poorest nation in the hemisphere. Especially since Nicaragua is generally considered the safest country in Central America, having largely managed to avoid the drug violence and insecurity that has plagued its northern neighbors.

Nicaragua’s potential purchase of Russian warplanes seems like a half-hearted attempt to provide a veneer of legitimacy to an antagonistic move, one with serious political implications.

Furthermore, in April 2014, Army Inspector General Zepeda touted steps taken to deter drug traffickers from entering Nicaraguan airspace and infiltrating the country; steps which apparently consisted of basic surveillance operations. It is nonetheless unclear if there was a change in Nicaragua’s security situation to prompt the somewhat contradictory remarks he made this year about the need for “interceptor fighters.”

Indeed, to critics, Nicaragua’s potential purchase of Russian warplanes seems less the stuff of irrational crime fighting strategies and more of a half-hearted, transparent attempt to provide a veneer of legitimacy to an antagonistic move with serious political implications.

The relationship between Nicaragua and Russia extends back to the Cold War, when the Soviet Union formed close ties with the Sandinista government of Daniel Ortega. Following a lull after the fall of the Berlin Wall, relations began to warm again when Ortega became president in 2007.

In recent years, Russia has increasingly invested in security cooperation in Nicaragua, creating an anti-drug law enforcement training center and aiding in anti-narcotics patrols in the Caribbean. Such moves follow a regional trend of Russia seeking to expand its anti-drug aid and arms sales to Latin American nations, especially to left-leaning governments with compatible political ideologies.

If Nicaragua’s plan to buy Russian fighter jets come to fruition, it will not only militarily strengthen the country vis-à-vis those aforementioned nations with which it shares sovereignty disputes, but will also increase Russian influence in the United States’ neighborhood during a time of deteriorating relations over issues like Ukraine.

Overall, Nicaragua’s reasoning for seeking Russian fighter jets seems to fall apart under a cursory inspection. Yet its invocation of anti-drug trafficking operations as justification highlights how the fight against drug trafficking and organized crime can be used as an excuse for geopolitical posturing.

QCOSTARICA - After complaints raised by migrants because they...
Reports