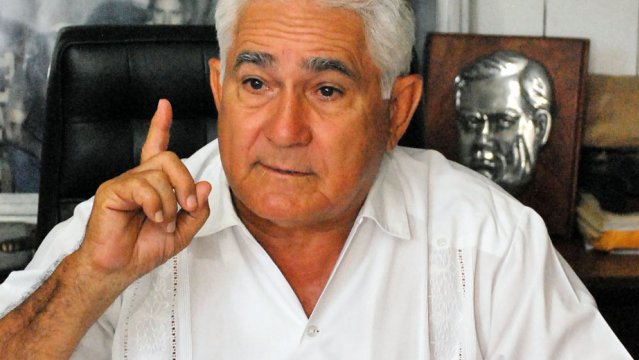 COSTA RICA NEWS – A recently captured drug trafficker,  Agustín Reyes Aragón, from Nicaragua has accused Sandinista political heavyweight Eden Pastora of placing a hit on his life, something that speaks to the political and criminal intrigue surrounding one of Nicaragua’s legendary figures and the ruling party.

Captured in Costa Rican on June 12, Reyes is the alleged leader of the leader of  the Nicaraguan drug trafficking network “Los Tarzanes”. Shortly after his arrest, Reyes allegedly begged Costa Rican authorities not to send him to Nicaragua, claiming Pastora had paid hit men roughly US$3,600 to kill him, reported Diario Extra.

Los Tarzanes allegedly transports cocaine from Nicaragua throughout Central America. Reyes was among four suspected members of the gang that were taken into custody during raids in the Costa Rican province of Limón and along the Caribbean Coast. The names of the three other suspects – another Nicaraguan, a Honduran and a female whose nationality is unknown – were not made public.

Authorities are searching for other members of the gang, according to OIJ Director Francisco Segura Montero.
Pastora allegedly placed a hit on Reyes’ life after the Tarzanes leader reported irregularities related to Calero Island — which formed part of a disputed territory on the border between Nicaragua and Costa Rica — to government authorities in 2010.

At that time, Pastora was the government official in charge of dredging the San Juan River along the border region, an activity Costa Rica denounced as causing environmental damage to a protected wetland. Reyes is reportedly a key part of the case because he reported the presence of Nicaraguan security forces on property he owned in the disputed area, which neither country was supposed to enter until the dispute was resolved.

Reyes’ reporting of the illegal presence of Nicaraguan security forces likely had less to do with concerns for the environment or the sovereignty of Costa Rica than with the drug trafficking network he ran from Calero Island. After the case went to the International Court of Justice (ICJ), the court issued a 2013 verdict granting Calero Island to Costa Rica. This enabled Reyes to continue his operations outside the jurisdiction of Nicaraguan security forces, who had issued a warrant for his arrest.

However, by filing a complaint he brought himself into conflict with an extremely powerful government figure — an unwise move in a country where some authorities appear to exercise a top-down control over the underworld.

Eden Pastora was a legendary Sandinista National Liberation Front (FSLN) guerrilla leader in Nicaragua known as “Comandante Cero,” who became Vice Minister of the Interior when the rebels overthrew the dictatorship of Anastasio Somoza in 1979. He has been part of the Sandinista inner circle for decades since.

Pastora was heavily involved in the territorial dispute with Costa Rica, and even became the subject of an international arrest warrant issued by Interpol at the request of the Costa Rican government as tensions