The Superintendencia de Telecomunicaciones (Sutel) clarified its plan to change the pricing of the postpaid cellular internet model, saying the “per download” will not replace the flat fee. 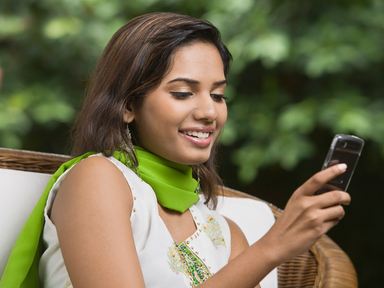 Since last week, the proposed change to per download has generated controversy among users who could potentially see their mobile internet connection costs increase dramatically and government agencies like the Defensoria de los Habitantes (Ombudsman) and comments from President Luis Guillermo Solis following Tuesday’s cabinet meeting.

Maryleana Méndez, president of the Sutel, explained Tuesday that, if the proposal is approved, both rates will be in place.

The Sutel will be holding public hearings on July 1 on its proposal charge one single rate for postpaid and prepaid mobile internet at ¢0.0075 colones per kilobyte of data.

Currently, postpaid customers paid a flat monthly based on the maximum connection speed with unlimited download.

Up to yesterday, the Sutel had refused to clarify the new pricing model and answer questions of users and the media alike.

Defending Sutel refusal to provide clarification and answers, Méndez said that only this week did the regulator and operators define the proposed changes.

Uh? Isn’t the regulator’s role to regulate the operators keeping in focus the needs of the consumer? Are we missing something?  Experts agree that the clarification by the Sutel came after accumulated pressure from users and the government.

Méndez is emphatic that the flat rate will not be eliminated. As it stands now – and that all may change after July 1 – the proposal will be for customers to a choice of payment model: the per download or flat rate, based on their individual needs and usage.

José Pablo Rivera, for Telefonica (Movistar) said, “If it (the Sutel proposal) is successfull, we will be offering two different plans and from there we can see other options”.

Claro’s Víctor García, speaking on ADN Radio 90.7FM, said “”definitely yes, there will be a deal with two types of pricing and a wider range of services”.

José Luis Navarro at ICE was more “diplomatic” of the State telecom’s position, speaking about consumption, fair use policies and abusive clients and affecting others, and not giving up one position or another.

QCOSTARICA - This Sunday, the Guanacaste Airport - a member of the VINCI Airports network - received the first of the daily flights from...
Disasters

QCOSTARICA - A moderate decline in new cases for the third consecutive week allowed the hospital system to avoid the dreaded collapse and rapid...
Front Page