Nicaragua Volcano Is Going To Be Connected To The Internet 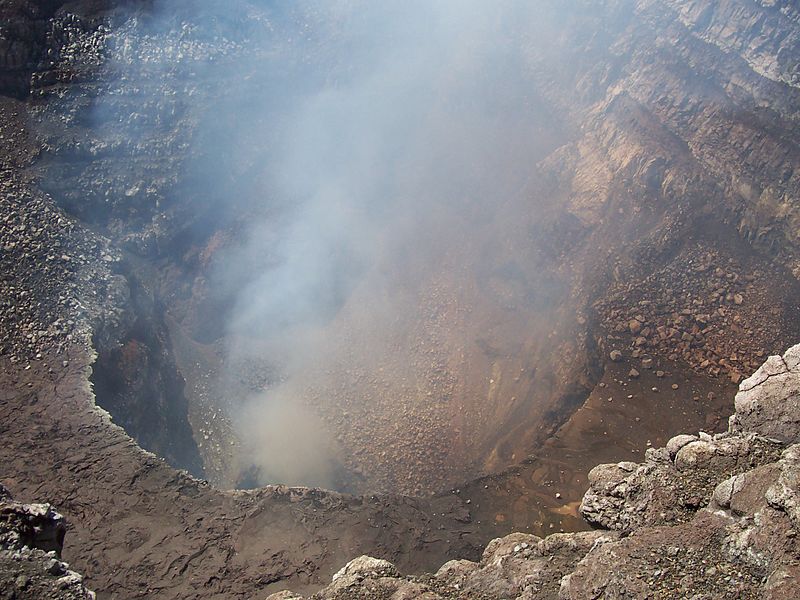 The goal is to predict when the volcano will erupt

(Today Nicaragua) From the Verge – You can get Wi-Fi almost anywhere nowadays. So how about connecting an entire volcano to the internet?

General Electric is working on that. The goal is not to allow tourists to more easily post Instagram photos, but to gather data to better predict when a volcano will erupt.

The goal is to predict when the volcano will erupt

GE is partnering with explorer and filmmaker Sam Cossman and the Nicaraguan government to install about 80 wireless sensors inside one of the country’s active volcanoes. The volcano, named Masaya and situated just outside the capital Managua, has a rare lava lake in its crater.

See for yourself (very large file, it may take some time load):

General Electric. The lava lake inside the Masaya volcano

Cossman will descend 1,200 feet inside the volcano — roughly the height of the Empire State Building — to test the Wi-Fi. He will then install the sensors over the course of the next two to three weeks. The sensors will gather real-time data about Masaya’s temperature, atmospheric pressure, gravity, and the variety of different gasses like carbon dioxide and hydrogen sulphide.

The data will be transmitted through the internet to an open-source database called Predix, which GE owns. From here, anyone — volcanologists and Managua residents alike — can access the data to better understand how Masaya is behaving. (A user-friendly website will simplify the data for us non-volcanologists who don’t understand anything about volcanoes.)

“The goal is essentially to install all these sensors,” says Cossman, “and create the most effective early warning system in the world that would ultimately serve as a proof of concept for implementing something similar to communities around the world who are exposed to similar risks.”

To accomplish what he calls the “herculean task” of installing wireless sensors in a volcano, Cossman will wear a special, aluminized suit to withstand the 1,000F temperature of the nearby lava lake. “I look like a baked potato in a fire,” he jokes.

The challenge is to make sure that all the equipment — sensors and internet connection — can work under such extreme conditions. If they do and the volcano is brought online, there’ll be no further excuses for getting a spotty internet connection in the Vox Media elevators.

More from The Verge