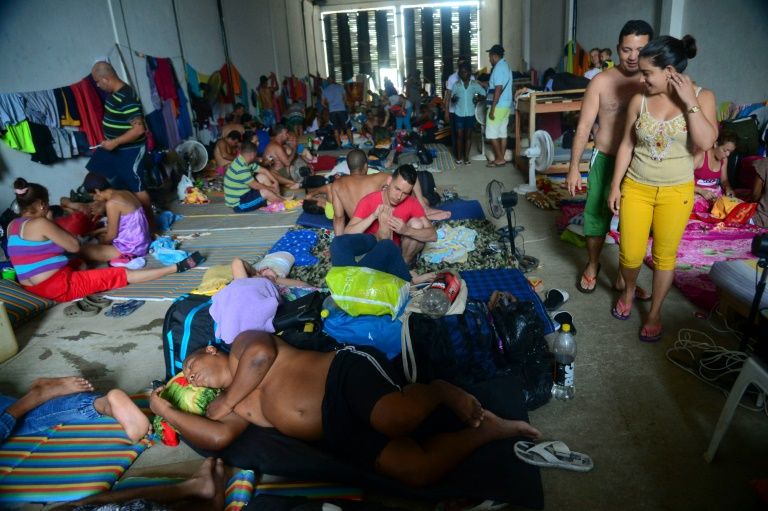 More than 1,200 Cubans are stranded in Colombia with hundreds of them housed in a warehouse in the port town of Turbo. Raul Arboleda, –/AFP/File

(Today Colombia) Colombia will undertake emergency measures against illegal migration, including deporting thousands of Cuban and other migrants and reinforcing its borders following a massive influx of people bound for the United States, the government said late on Tuesday.

“The national government has given the instruction to initiate an emergency plan” to stop “this irregular migration from proceeding through our territory,” migration director Christian Kruger said at the presidential residence, following an emergency government meeting that included President Juan Manuel Santos.

Colombia will reinforce its southwestern border with Ecuador and along the Gulf of Uraba near Panama, where migrants have traveled in the hope of making it to the United States.

The plan will involve military and police on the border and include prosecuting those who knowingly provide transportation and housing to undocumented migrants, Kruger said.

Migrants may voluntarily request deportation, he added, and be granted safe passage to their home countries or to the last country they were in before entering Colombia — Cuba or Ecuador for many of them.

Otherwise, the authorities will proceed with “mandatory deportation.” 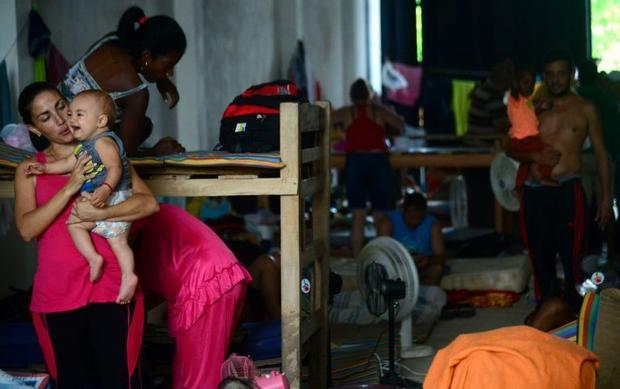 The Colombian government rejected stranded Cubans’ demand to be airlifted to Mexico so they could continue to the United States. Raul Arboleda, –/AFP/File

Colombia has deported more than 5,800 migrants over the past two months, most of them from Haiti and Cuba, according to official figures released last week.

They are set to be joined by more than 1,200 Cubans who have been stranded in the country after Panama shut its southern border in June. Among them are almost 300 minors and 11 pregnant women housed in a 2,000 square-foot (200-square-meter) warehouse in the port town of Turbo.

They had asked the government to arrange an airlift to Mexico, from where they would continue to the United States, which grants asylum to most Cubans who make it to US soil.

However, the authorities rejected their request on Tuesday and are awaiting a court notice to enter the warehouse housing the Cubans in order to deport them, Kruger said.

Mexico would not allow the flight, he added, saying illegal migration constitutes human trafficking and that an airlift risked prompting more migration. 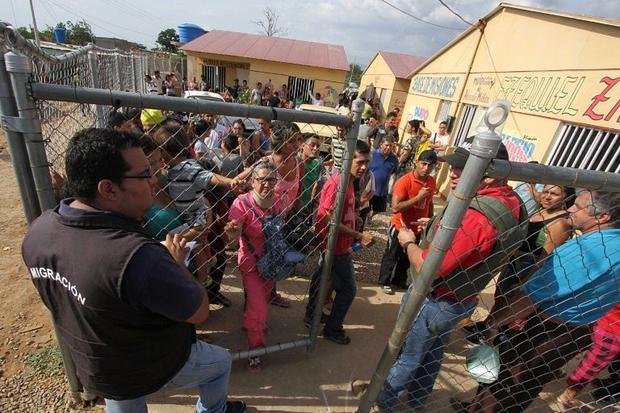 “In neighboring countries like Ecuador, Brazil and Guyana, there are more than 50,000 irregular migrants that might demand the same treatment,” Kruger said.

Last year, Panama, Costa Rica and Mexico adopted similar policies after Nicaragua closed its border to migrants, prompting a humanitarian crisis among thousands of Cubans heading to the United States.

The number of Cubans attempting to reach the US border has risen over the past two years following the rapprochement between Havana and Washington, which many fear will end its preferential treatment of Cuban migrants.