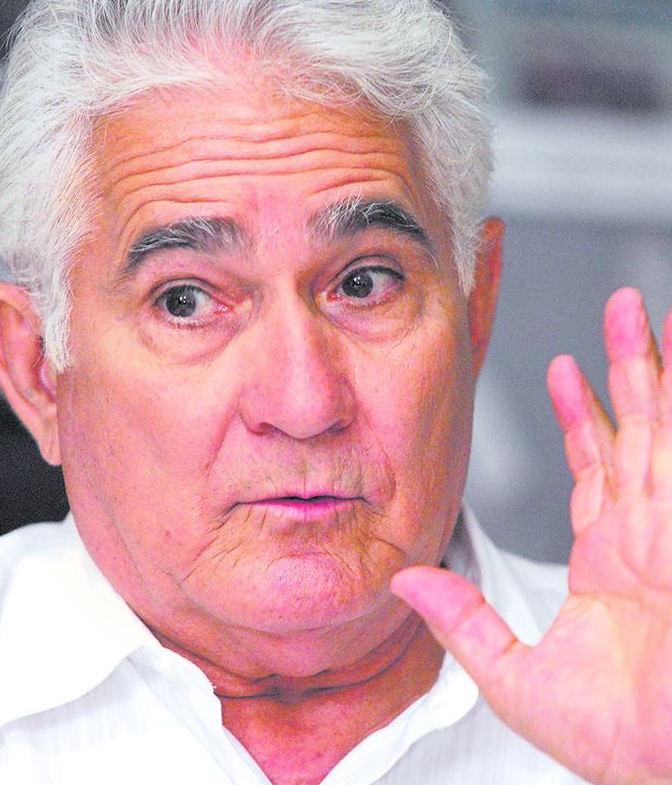 QCOSTARICA – Agustin Reyes Aragón, a name little known in the conflict between Costa Rica and Nicaragua, is the man who in 2010 made public the alleged invasion of Costa Rica’s wetlands of the northern region by Nicaragua.

Reyes, 40 years of age, is also a drug trafficker, arrested ten months ago by the Organismo de Investigación Judicial (OIJ) in Delta 1, known as Isla Calero.

From his 10 square meter cell in the San Sebastian jail in San José, Reyes, aka “Tarzan”, talked to the Diario Extra of some of the secrets in that northern area of the country.

Months ago, Reyes said, he received notice that opens the possibility of his being extradited to Nicaragua to serve out his sentence for drug trafficking in his country of birth.

Reyes assures that Eden Pastora, one of the greatest political figures of Nicaragua, is behind the extradition in order get him back to Nicaragua to have him killed.

In the interview with the Diario Extra, Reyes said he was part of the Nicaraguan guerillas in the early 1980’s, but after three years came to Costa Rica with his family for security reasons.

“Police arrested me because I am supposedly linked to drug trafficking, but they can’t say they have found a milligram of drugs on me, much less weapons,” said Reyes.

The alleged narco says Nicaragua and Pastora, have made a number of allegations against him and wants him dead.

“In 2010, Eden Pastora wanted to buy from me a property in Isla Portillo, which was a legacy for my children, offering me US$500.000 dollars, but I told him no. Three days later 50 soldiers arrived and took my property, they shot at me and had to flee to survive. That was in October 2010,” said Reyes.

Reyes said that Pastora personally spoke to him to purchase the 280 acre piece of land, saying he needed the land to make a canal to the sea, to move drugs with speed boats.

The conversation, according to Reyes, took place the weekend before the alleged invasion by Nicaraguan soldiers on the area claimed by Costa Rica, sparking a conflict between the two nations, and is today being discussed before the International Court of Justice in The Hague.

Reyes alleges that Pastora has placed a price of a million dollars on his head, payable to anyone who delivers him on a silver platter.

“It is all a plot by Pastora, it is political persecution against me, because I wanted to denounce to authorities in Costa Rica what the Nicaraguan army was doing in the border area,” says Reyes.

Agustin Reyes Aragón will be facing a hearing in the coming days in the Limón criminal court to where his fate will be decided.

Months ago, the Nicaraguan newspaper, La Prensa, published a statement by Eden Pastora himself, asserting that he knows Reyes and his family.

- Advertisement -
Paying the bills
Previous article“Mikaol Yordan” Premieres in Panama, Headed For The U.S.
Next articleThe Rise of Handcrafted Beers in Costa Rica