Nicaragua’s Expansionism Is A “Regional Problem” 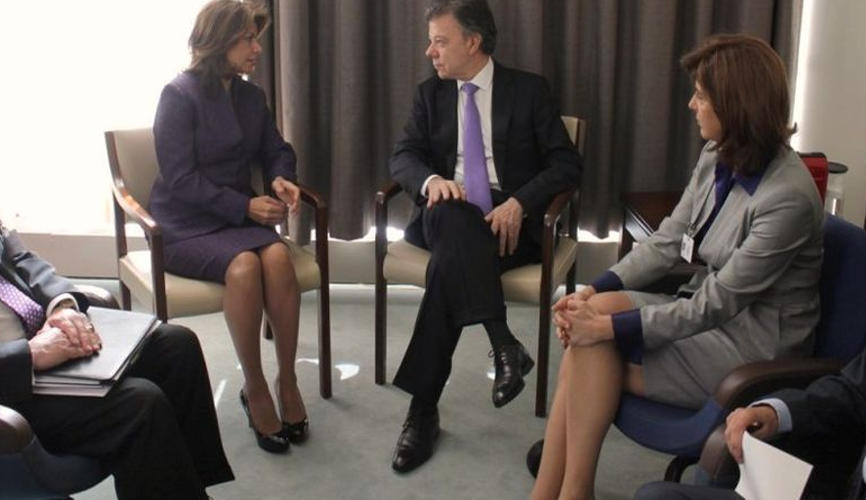 United Nations, New York City – In New York this morning, Costa Rica’s president Laura Chinchilla met with her Colombian counterpart, Juan Manuel Santos, who are in agreement to explain to the United Nations that the expansionism of Nicaraguan president, Daniel Ortega, are not a subject of bilateral conflicts but a regional problem.

Chinchilla and Santos words came at the opening of the 68th session of the UN General Assembly.

During the meeting, Chinchilla “officially” signed her name to the letter delivered by Santos Monday to UN Secretary General Ban Ki-moon. The pronouncement of Santos and Chinchilla as also signed by Panamanian president, Ricardo Martinelli.

The three countries are united to stop Nicaragua’s expansion plans in the Caribbean Sea, which would also affect Jamaica.

Jamaica did not sign the accord of Costa Rica, Colombia and Panama.

Chinchilla is to deliver her speech to the UN this afternoon, which she is expected to reiterate Costa Rica’s conflict with Nicaragua.