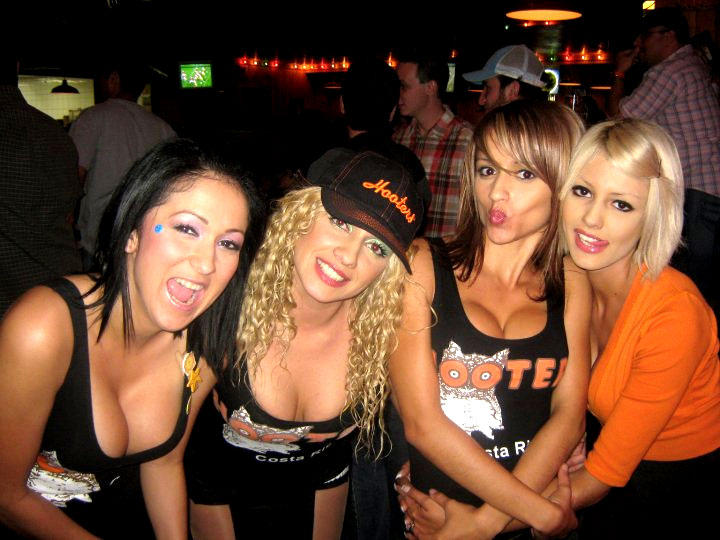 In the wake of powerful American brands Hard Rock Cafe and Starbucks increasing their presence in Costa Rica, the iconic Florida restaurant chain Hooters is ready to begin development of its latest franchise in the Greater San Jose Metropolitan Area (Spanish acronym: GAM).

The new location, which is scheduled to open in 2014, will the be the sixth Hooters restaurant in Costa Rica.

According to business weekly El Financiero, the casual dining powerhouse has found a receptive dining clientele in Costa Rica. The new Hooters, which will be located in San Juan de Tibas, a northern suburb of San Jose, will be the largest in the country. Creacion de Capitales (Capital Creation) is the name of the Hooters franchisee in Costa Rica, plans to open even more Hooters restaurants in 2014, with the ultimate goal of operating eight franchises in the next two years.

Capital Creation invested a million dollars to complete its fourth Hooters location at Paseo Metropoli in Cartago, a conservative city that was once the capital of Costa Rica. Construction of the fifth Hooters is currently underway at Mango Plaza in Alajuela. The Hooters in Tibas, however, will outshine them all with two levels spread across 500 square meters of restaurant space.

Hooters’ first incursion into Costa Rica took place in 2005, in the ritzy district of Escazu. There was a wave of anticipation and hype among expats from the United States surrounding the opening, particularly among male diners who wondered how Ticas would be able to fit into the microscopic uniforms that Hooters waitresses around the world are famous for. It turns out that some of them slightly spilled out of their uniforms, though such concerns were minor.

Once the Hooters Girls issue was ironed out, there was another matter at hand. Expat connoisseurs of Hooters cuisine knew that there was something amiss with the chicken wings and other menu items. They just did not taste the same as in the U.S., and thus the first Hooters in Costa Rica remained a low-key affair for some time. Fast-forward to 2012, however, and we can see just how much the franchise has improved in operational terms.

One of the keys to Hooters and similar casual dining franchises is uniformity. To this end, the chain plans to keep developing its consolidated center for production and distribution in Costa Rica. The idea is to ensure that the original wings, curly fries and Baja Burgers taste the same in Costa Rica as they do in Clearwater, Fort Lauderdale, Atlanta, and Miami. The initial investment of this center was $200K, and it has paid off significantly.

There should not be any surprise with regard to Hooters’ success in Costa Rica. Ticos are going crazy over franchises such as Applebee’s Chichi’s, Chili’s, Moe’s, etc. We only have to gauge the success of McDonald’s in Costa Rica as a starting point. If a franchise such as Pollo Tropical, which specializes in rice, beans, chicken, and salad, can find success in Costa Rica, certainly Hooters will be able to -even when faced with uncomfortable situations such as allegations of putting 10-year old girls to work as waitresses.
Article by Costa Rica Star