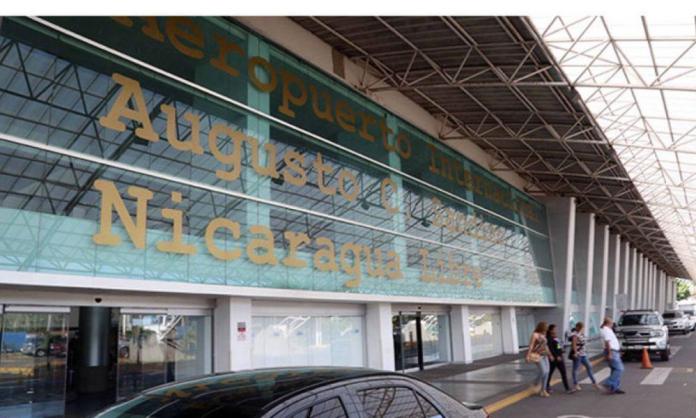 TODAY NICARAGUA – The Augusto C. Sandino International Airport (MGA) suffered this month the loss of one of the only two airlines currently serving the international airport in Managua.

The decision by American Airlines not to return this month, not until at least February,  Aeromexico’s plan not to return until March, Conviasa no longer flying to Managua, and confusion over Panama’s Copa Airlines, to start operations on January 20, the only airline flying into Managua is Colombia’s Avianca.

United Airlines is expected to return in February. For its part, the low-cost airline, Spirit, has not yet defined a date.

Back to Copa, the confusion comes from assertions by travel agencies that the airline will be renewing flights on January 20. However, the airline says it will be operating charter flights.

Charter flights contrast with regular flights, in that they do not have regular frequencies and schedules. Also, the flights are more limited. For example, in January Copa is expected to operate two flights connecting to Panama, but on specific days. In February, the agencies only offer four flights with set dates. In other words, they are limited air services.

Lucy Valenti, president of the National Chamber of Tourism of Nicaragua (Canatur), explained that the flights that Copa is offering are regular, but under the charter modality.

“They are going to operate with their regular flight license, but they respond to charter flight requirements, in January they have two flights and in February one flight, and by March there is no certainty whether they will continue with that same modality or not,” said Valenti.

Leonardo Torres, president of the Chamber of the Micro, Small and Medium Tourism Enterprise (Cantur), confirmed with Copa’s headquarters in Panama, to which the airline stated that they still do not have a return date to Nicaragua.

“With those flights, there was confusion, because they announced that the company is going to start operating, but it is not, they are charter flights and checking the information on Saturday we called Panama and Copa did not confirm its restart of operations on January 20, they told us that they were only attending special flights that are the ones that travel agencies buy,” said Torres.

The situation seems more complex with the Venezuelan airline Conviasa, whose return was announced almost a month ago with great fanfare by the Daniel Ortega regime. It turns out that on January 1, the airline announced in a statement that it was suspending its operations to Nicaragua until further notice.

“In response to the outbreak of Covid-19, especially imported cases and following instructions from the Cuban Aeronautical Authority, Conviasa suspends operations on the Havana-Nicaragua-Caracas route, starting today, January 1, 2021,” read the statement.

In the statement, the airline indicates that it will only execute humanitarian flights through special permits, “in order to achieve the repatriation of passengers outside of their original residence and once this temporary period is over, the flights will be rescheduled for those who have not been able to make their travels once operations are resumed on the aforementioned route”.

Airlines refuse to return to Nicaragua, due to the unviable biosafety protocol that the Government imposed on them.

- Advertisement -
Paying the bills
Previous articleInvading the US Capitol among the top stormings of government buildings through the ages
Next articleOrtega Regime Promises Vaccines, with No Details

Cancellation of U.S. flights does not yet affect travel to and from Costa Rica

QCOSTARICA - The cancellation of flights in other countries, especially in...
Read more

Pamama airport limits entry only to passengers due to the pandemic