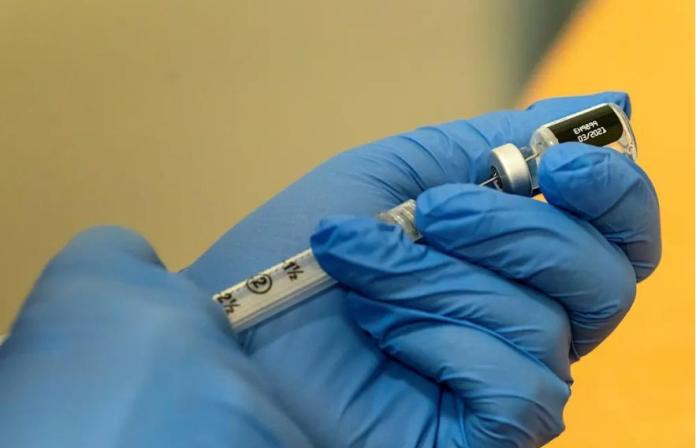 TODAY NICARAGUA – Former Nicaraguan health minister and current presidential advisor Carolina Davila has announced that COVID-19 vaccinations will begin in 2021. Her announcement came after weeks of government silence. Plans are to prioritize the groups at highest risk.

Davila offered no specific information on the government’s negotiations or agreements for acquiring the vaccine. Further, neither Davila nor Vice President Rosario Murillo stated which vaccine they were planning to use.

On January 6th, Confidencial published an article noting the Ortega government’s hermetic silence regarding the process of acquiring a vaccine. This contrasted with the rest of the Central American countries. Nicaragua’s neighbor, Costa Rica, already began the vaccination process in December 2020. Others are preparing the groundwork to begin immunizing as soon as the vaccines reach their countries. On January 7th, the day after the Confidencial article was posted, the Nicaraguan government came out with their declaration.

The Nicaraguan government has in fact maintained silence around the entire subject of the pandemic. It has offered no information about its impact, or about the laboratory tests realized. The latter are completely centralized within the Ministry of Health (Minsa) in Managua. No private laboratories have been allowed to test.

The current announcement about the vaccine gave no information on the government’s plans for acquiring the doses. Likewise, there was no information on which of the three vaccines currently approved by the World Health Organization (WHO) would be employed. Nor when in 2021 they expect the vaccine to arrive in the country. Nor exactly who the regime defines as the highest risk group.

Neither Davila nor Murillo offered these details. Following her brief announcement, Davila immediately changed the subject. She began speaking of the actions being developed to prevent other endemic diseases: dengue, zika and Chikungunya. These, she said, would be combatted as always, with fumigation, and elimination of standing water where mosquitos breed.

Rosario Murillo is Nicaragua’s vice president, first lady, and government spokeswoman. She noted in her daily monologue that Ministry of Health authorities had participated in an informational meeting with the WHO. During this meeting, the topic of the vaccine was taken up. According to Murillo, Nicaragua is one of the countries that will continue coordinating their acquisition of the vaccine. This could be through WHO initiative known as Covax, or some other way. She didn’t offer any other data on the topic.

Murillo offers scant information on the Covid-19 vaccines for Nicaragua

Murillo stated: “2021 was spoken of with hope, with more certainty, more confidence in the new vaccine. The countries that already began vaccinating, others of us who continue establishing coordination for acquiring the covid-19 vaccines, be it through the Covax mechanism, or some other way…”

Progress towards acquiring the vaccine and immunizing their populations was the leading topic for government cabinets throughout the region. These all renewed their work after the Xmas and New Year’s vacation.

Nicaragua began 2021 with more than 100 people hospitalized with COVID-19, according to reports from Confidencial. However, the Ministry of Health maintains the secrecy that has characterized their management of the pandemic. They have jealously guarded all data on the topic since March 2020, when the country’s first case was announced.

The dearth of information regarding the COVID-19 vaccine in Nicaragua contrasts with the advance bulletins from other Central American countries. These have all stated that they expect to begin vaccinating during the first semester of 2021.

Panamanian authorities announced on January 4th that they hope to receive 40,000 doses of the Pfizer-BioNTech vaccine. They expect these to arrive between the 18th and the 25th of January. Panama has been one of the countries hardest hit by the pandemic, with over 264,000 cases and 4,283 deaths from the virus. The country has contracted for 5.5 million vaccine doses, enough to cover nearly 3 million people.

Costa Rica began immunizing its population on December 24th. That date saw the first shipment of 9,750 doses of the Pfizer vaccine. Beginning in January, they’ve scheduled shipments of 33,150 doses a week, according to the health authorities of that country. At present, Costa Rica is the only country on the isthmus that’s begun vaccinating against COVID-19.

El Salvador, Honduras and Nicaragua are on a list of ten countries that will receive free doses of the vaccines against covid-19. These will be distributed through an initiative called the Covax mechanism, set up by the World Health Organization.

In Nicaragua, Daniel Ortega’s government maintains there’s been a total of 6,097 cases of the virus and 166 deaths. That’s the government data for the period from March 26, 2020 to January 5, 2021. However, independent reports and medical registries indicate a much higher incidence, one the government has covered up. The independent monitoring organization “COVID-19 Citizens’ Observatory” reports 11,993 suspected cases of the novel Coronavirus and 2,867 deaths suspected to be from the illness. The official cause of death in many of these cases is listed as pneumonia.

In August 2020, Murillo announced that the Russian “Sputnik V” vaccine would be produced in Nicaragua. At present, it’s not known whether this project has advanced. In December, Ivan Acosta, Minister of Public Finance and Credit, stated that the country had US $107 million to acquire the vaccines. He made no reference to any specific pharmaceutical companies.

QCOSTARICA - The government of Carlos Alvarado declared, this...
News