COSTA RICA NEWS — By Henry Morales Navarro , Vozdeguanacaste.com –Hernan Yglesias is an agricultural engineer and a business administrator by profession. For the past two years, he has had the goal of producing a more environmentally-friendly fuel.

Yglesias, who has a workshop in the Chorotega neighborhood in Nicoya, made several attempts at developing a fuel. His education included courses in China and the United States, during which he discovered that cooking oil can be used to produce biodiesel.

According to the 30 year old, biodiesel is obtained through a chemical reaction called transesterification, which happens through the combination of compounds such as potassium hydroxide, methanol (methane alcohol) and cooking oil. The cooking oil can be used or burned.

For the engineer, his product is high-quality and is created through processes that do not pollute.

“I was the first to test the quality of the biodiesel that I produce in my own car. My car has run more than 50,000 kilometers (31,000 miles) using clean energy. The product is valued according to international standards and by the Costa Rican Petroleum Refinery (RECOPE – Refinadora Costarricense de Petroleo),” affirmed Yglesias.

Through his company, GreenFuel, he sells this type of fuel in Nicoya and other parts of Guanacaste. 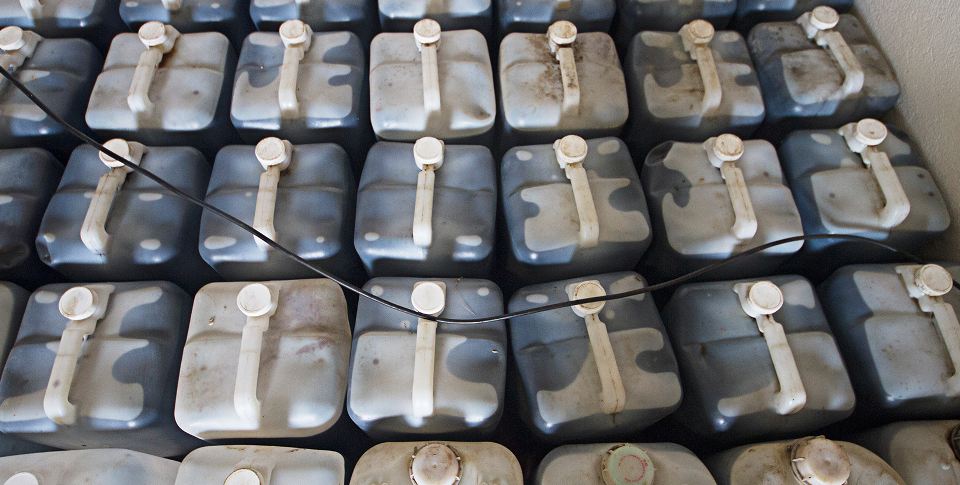 “This year I’ve realized that the project has a good future. Currently I’m producing 6,000 liters (1,585 gallons) of biodiesel per month and I’m working to expand the market,” said Yglesias.

Another advantage of this type of biodiesel is that it lubricates the vehicle’s motor and is an antioxidant, according to Emanuel Flores, one of Yglesias’s clients.

“I’ve been using the biodiesel for more than six months and I’ve verified that it performs better than traditional diesel; it gives more strength to the vehicle’s engine [and] cleans the injectors. We can say that it accomplishes several functions and it is cheaper for me,” commented Flores.

The oil used in the biodiesel’s production is provided by restaurants and hotels in Guanacaste and nothing is wasted, as 80% is converted into diesel and the remaining 20% is used for soaps.Thus, no polluting residues are left.

Currently the product is used in vehicles, but it could be used in other kinds of diesel combustion engines.

At the moment the main ingredient is cooking oil, though Yglesias does not rule out using other kinds of raw materials in the future, such as castor oil, coyol or Jatropha.

Despite the complexity of the process, Yglesias sells the product at a lower price than traditional diesel. The businessman preferred not to reveal the price of the product, as he said that the cost varies depending on the amount being purchased.

QCOSTARICA - Costa Rica received this Sunday morning, June 6, the second direct shipment from AstraZeneca of vaccines against covid-19. The flight landed at 11:05...
Nicaragua

TODAY NICARAGUA – In an unprecedented persecution, the Daniel Ortega regime detained four presidential candidates in one week, a move that is part of...
Quepos