Law enforcement officials responding to reports of noisy neighbors came upon a small marijuana cultivation and distribution operation in a suburb of San Jose. 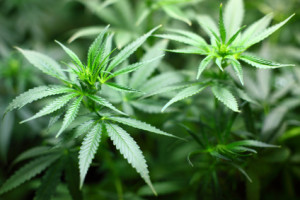 The incident took place around six in the afternoon. Neighbors living in a multifamily residential complex in Cedros, a small community in the Montes de Oca canton, complained that the noise coming from an apartment was excessive even for the time of day, around 6:00 on a Thursday evening.

Officers from the local Fuerza Publica (the national police force in Costa Rica) detachment responded to the call but the noise had already subsided. The neighborhood has several housing units, which made it difficult to ascertain the precise apartment where the unbearable noise had been coming from.

The Fuerza Publica officers looked around the residences and noticed two tall marijuana plants in balcony, gently swaying in the breeze and in plain view. The plants were about a meter high and nicely potted. After interviewing a few neighbors, the officers determined that this was the apartment where the loud music was coming from earlier. They knocked on the door and obtained permissions to search the premises from the tenant.

In the room with the balcony where the Cannabis sativa plants were located, officers found further evidence of a distribution operation: two packages of compressed marijuana buds, weighing about three kilograms in total, plus a vacuum-sealing machine and several plastic bags. The paraphernalia and the ganja were confiscated by the Fuerza Publica officers.

In a slow and hesitant slurred speech, the tenant who opened the door explained to the officers that he sublets the marijuana room to another individual, and that he had nothing to do with the apparent distribution and growing operation. Still, however, the Fuerza Publica officer took him in custody and delivered him to the local prosecutor’s office. 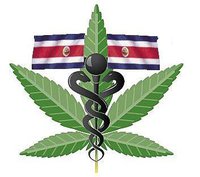 In the meantime, marijuana advocates in Costa Rica are seeking legalization of this herb. In the past, President Laura Chinchilla has expressed support for legalization of certain drugs as an alternative to the bloody War on Drugs sponsored by the United States. The Drug War, which has claimed tens of thousands of lives in Mexico and the U.S. alone in the last few years, has done little to reduce drug trafficking in Costa Rica. Old-fashioned police work, however, has managed to keep one Mexican drug cartel from spreading in Costa Rica.

Are you thinking about becoming a casino dealer? If you’re a Hungarian citizen, we’ll tell you more about what you need to know. You...
Health

Berlin is the place to be: the best parks, cinemas, concerts, and cultural life attract many students every year. COVID-19 has changed the situation...
Front Page