Pulperias The Big Losers In The Supermarkets War In Costa Rica 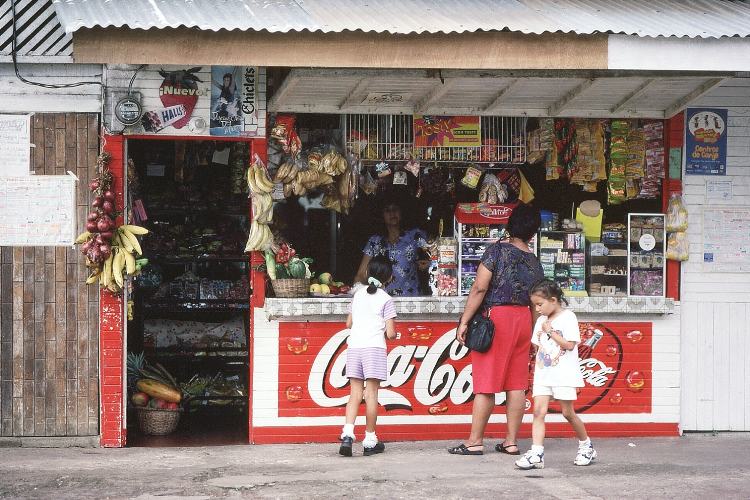 There is a war going on in Costa Rica, although the belligerents are not infantry units taking positions across the provinces. Instead, the combatants go by the names of Grupo Gessa, Wal-Mart Stores and others. Their objectives are clear: to get your hard-earned colones -though they will take your dollars as well- and to earn your continued patronage.

Anyone can lose in this war, but in most cases the casualties are pulperias -those small neighborhood convenience stores that are staples of life in Costa Rica.

Major Price Differences
In Costa Rica, the Ministry of Economy, Industry and Commerce (MEIC) compares the retail prices of groceries and other supermarket products a couple of times a year. 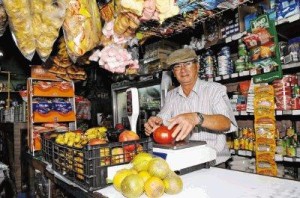 Newspapers and other media outlets also check and compare supermarket prices as a service to their followers. Up until a few years ago, price differences were negligible; but, a survey by the MEIC in 2011 revealed that the supermarket wars were heating up.

During Semana Santa (the Holy Week of Easter) in 2011, the MEIC surveyed 14 products traditionally consumed in Costa Rica and Latin America during this period of religious observance among the Catholic faithful, which calls for abstinence from liquor, meat, sweets, and other items of indulgence.

This practice of giving up on consuming certain things and fasting during some periods comes from the old Lent tradition of observance and contemplation from the sunrise on Ash Wednesday until sundown on Easter Sunday, but in Costa Rica it has changed throughout the years to only encompass Semana Santa and includes fish, seafood and some sweets.

Among the items surveyed by the MEIC we find:

The maximum price found on that MEIC survey was 144 percent, and the supermarkets they visited were:

It is important to note that Maxibodega, Hipermas, Pali, and Mas x Menos are all owned by global retail leviathan Wal-Mart, and that many of those stores have undergone name changes since -they may be known as Maxi-Pali or just Walmart these days. 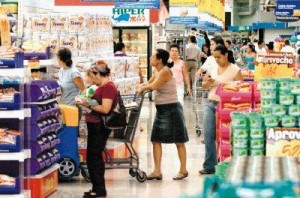 So, a can of tuna brand Gomes, with or without jalapenos, would have cost you 520 colones at the Walmart in Heredia and Curridabat; the same can would have cost 1,270 colones at the Perimercados in Escazú and Pavas. AutoMercado, a supermarket that caters to expats and the gourmet crowd, offered a can of Sardimar tuna for 995 colones in its Plaza Mayor, Heredia and Tres Rios locations while all Pali supermarkets offered the same can for just 490 colones.

AutoMercado is no stranger to being labeled as one of the most expensive supermarkets in Costa Rica; after all, they specialize in imported and gourmet offerings. But even when it comes to the basic basket of 43 goods considered essential to a balanced nutrition in Costa Rica -including the omnipresent rice and beans, AutoMercado still comes out as being one of the priciest.

Case in point: a 2012 comparative report by Channel 9’s Hoy TV news program, which cited MEIC data confirming that AutoMercado was the most expensive supermarket when it came to this basic basket of goods.

Here’s the breakdown, in colones, from last year’s survey on those 43 products:

As you can see from the list above, Walmart’s pricing across its supermarkets in Costa Rica is not even. It is interesting to note that Pali, which is marketed as a working-class supermarket where many Nicaraguan immigrants do their shopping, is more expensive than Maxibodega – a more upscale Walmart offering. Wal-Mart Stores, however, is not the only culprit of this practice; Grupo Gessa owns both Jumbo and Perimercado supermarkets, where prices often do not match.

According to a Prensa Libre report from 2006, the big supermarket chains were guilty of offering basic goods at their most expensive prices back then, and they were largely unable to attract customers who found better deals at their neighborhood “mini-super” establishment. That has clearly changed in Costa Rica, and the mini-super stores are now languishing next to their predecessor pulperias -both are casualties of the supermarket wars.

The Displacement of Pulperias in Costa Rica
A previous article in The Costa Rica Star examined how North American-style convenience stores such as AM/PM and Fresh Market are effectively taking market share away from pulperias and mini-super stores in Costa Rica. AutoMercado even jumped in the game, opening more than a dozen “Vindi” convenience stores, and there is speculation that Wal-Mart  Stores may explore opening one of its smaller Neighborhood Centres in Costa Rica in the future.

Walmart and AutoMercado are hardly alone in this attack of pulperias. According to El Financiero, a company named Flalo S.A. has already opened Deli Mart in Los Yoses, and they plan to open five more in the Central Valley.

Musmanni, a bakery giant in Costa Rica, already has 22 convenience stores and plans more; it is important to note that Musmanni is a Fifco (Florida Ice) brand, owners of the iconic Imperial beer and distributors of the Canadian brand Labatt in the United States. With these giant corporations able to invest millions of dollars to capture the convenience store market in Costa Rica, pulperias don’t stand a chance.

In the end, the supermarket wars in Costa Rica are a matter of business competition, which is good for the consumer but deadly for pulperia owners.

QCOSTARICA - Faced with wasting a vaccine dose when people in the priority groups scheduled do not show up, and a substitute cannot be...
Peru