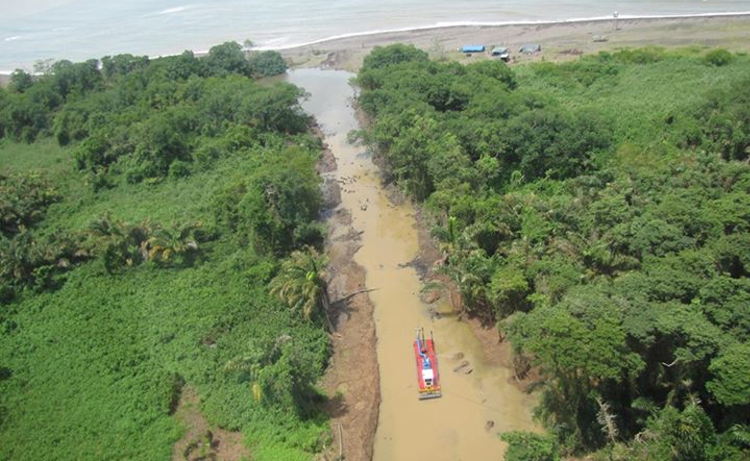 QCOSTARICA (iNews.co.cr) La Nacion reported this week that northern border dwellers–an estimated 17,000 of them — fear that the government might evict them from their homes on environmental grounds.

The owner of the land itself is the State but many have settled there for specific reasons by contract.

Unfortunately for them, the Environment Ministry (Ministerio de Ambiente, Energía y Mares de Costa Rica – MINAE) has become aware of the land being used for purposes other than those proposed by residents, mainly agricultural use, as well as worrisome amounts of deforestation. But so far the Ministry has issued 10 documents that could result in eviction.

Juan Luis Camacho, president of the Administrative Environmental Tribunal (TAA for its initials in Spanish) told La Nacion, “I’ve talked with lawyers that brought these cases and they tell me that it is because of environmental damage in the zone and change of land use.”

Camacho noted that so far no evictions have been issued. But Dagoberto Brenes of a citizen group is not so sure. The eviction possibility, he told the paper, “comes as a bucket of cold water for the residents.” He added that the cherished goal of most of them would be to get clear titles to the land.

A small group of those residents demonstrated before the Legislative Assembly, hoping to get lawmakers on their side. Brenes noted that some families have lived along the border for at least a generation and they think of it as their own. “Hopefully, the government will talk with us — we’re not going to hand over land that belongs to us,” he added.

“We hope this situation won’t reach the point of spilled blood,” he said. He was talking about a strip along the border two kilometers wide classed by 30-year-old laws as inalienable land, because of the necessity for national security.

Lillian Aleman, the owner of a family store (pulperia) in the area, drew the feelings of residents in stark terms — “We have lived there many years. We have struggled to obtain titles to our property.” In stark legal terms, the old laws make this impossible and the land belongs to the government, period.

On the other hand, most lawmakers are quite sympathetic to small farmers and cattlemen. The Citizen Action Party now in power also leans heavily on the sympathetic side, especially as Aleman notes, pulperias, a church, schools, community salon, a police post and other icons of community exist there.

Juan Rafael Salas of Boca San Carlos voiced his uncertainty to the paper, “It seems impossible but, well, in this country anything can happen. Here, for example, evictions happen and an entire village can disappear…This is a tourism zone as well. We hope the eviction will not happen.”

The strip under discussion extends from Salinas Bay on the Pacific to Barra del Colorado on the Caribbean. One other wild card appears in this deck: The country’s much maligned squatter law wherein a resident living on another’s land can apply for a title after 10 years of living there. Whether that applies to public land is unclear.

Today, Sunday, June 20, only vehicles with "EVEN" ending plates CAN circulate The measure is countrywide and applied between 5:00 am and 9:00 pm, save...
Turrialba