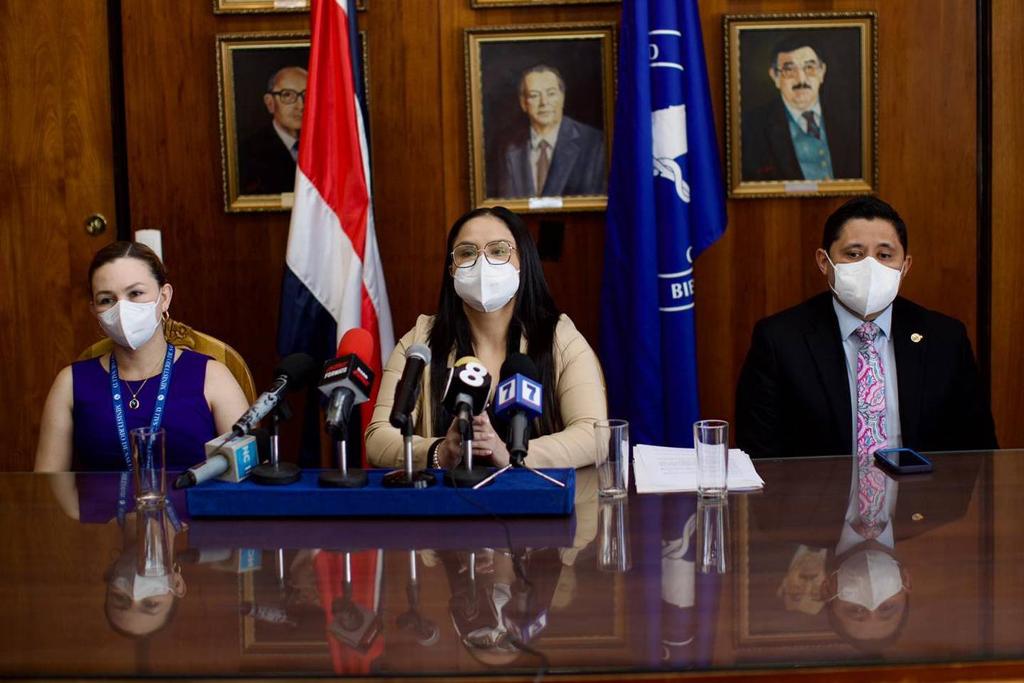 QCOSTARICA – The Minister of Health, Joselyn Chacón, at a press conference on Wednesday, confirmed the first case under investigation for suspected monkeypox in Costa Rica.

The patient is a 21-year-old Norwegian who came to visit the country on May 22 and started with symptoms on the 27, so she went to a private medical center for a consultation. Suspecting a case of monkeypox, she was sent to isolation in “a place that is not a medical center.”

“The girl’s condition is stable and she does not warrant any treatment,” Minister Chacon said.

The young woman had a fever and general malaise at the time she went to the consultation, as well as outbreaks on her hands and chest, according to a statement by the Ministry of Health, adding that eight contacts of the tourist were identified since she came in a group with six other foreigners and had a relationship with two Costa Ricans.

None of them have presented symptoms. The tourists were in San José, San Carlos, Puntarenas and Limón.

There is still no departure date for her and her companions, but they will stay in the country as long as necessary.

At the moment, herpes has already been ruled out and other diseases are being ruled out, while the results of samples sent to the United States Center for Disease Control (CDC) are awaited. The samples must be analyzed abroad because in Costa Rica there is no possibility of doing a diagnostic test.

All the information was released at the Minister of Health’s first conference since she took office on May 8. At the conference, the Minister and her deputy ministers attended wore a mask, despite the fact that the first decree that Chacón signed was to eliminate the mandatory nature of the mask in closed places as a measure to avoid the spread of covid-19.

Although the activity was convened to refer to the “First suspected case of Monkeypox”, the Health Minister later said that it is a case “under investigation”, not suspicious.

The definitions of the World Health Organization (WHO) speak of three classifications of infectious diseases: suspected, probable, and confirmed (or ruled out). “Under investigation” is not one of the categories, since the suspect classification already merits investigation.

By presenting outbreaks and two symptoms (fever and general malaise) it would already be classified as suspicious, according to the definition of the WHO. The patient did not present other characteristic symptoms of the disease, such as lymphadenopathy or swollen lymph nodes (popularly called “swollen glands”).

When will the country be able to confirm the monkeypox it is investigating? “ (…) Maybe by Monday or Tuesday, we will have the results,” the minister said.

In Latin America, there are already three confirmed cases of monkeypox, two in Argentina and one in Mexico. While around the world there are 557 cases, according to the most recent update from the European Center for Disease Control (ECDC).

What are the differences?

The WHO has already defined when an individual is suspected, probable or confirmed with monkeypox. The first two categories can be confirmed or ruled out by laboratory tests or remain suspect or probable.

Any person from a country where this smallpox is not endemic, who registers outbreaks on their skin that cannot be explained by another cause and who, in addition, has one or more of these symptoms:

It is a suspicious case that also has these other characteristics:

A case with the definition of suspected or probable whose contagion is confirmed by the laboratory, either by PCR or by sequencing. In contrast, a discarded case will be the one that shows a negative test.

The Ministry of Health confirmed that there is no specific follow-up for the eight contacts, they were only asked to consult in case symptoms occur.

Meanwhile, the Health Surveillance Directorate of the Ministry of Health, together with an inter-institutional technical group, is constantly analyzing the progress of the global situation of the virus and the new information available, to work on guidelines.

In addition, public and private health services are prepared to identify suspected cases and notify them to the governing health areas and the Surveillance Directorate.

Minister Chacón also clarified that although some countries are applying the smallpox vaccine, that is not the situation in Costa Rica, which does not apply this vaccine nor does it have it at this time because the disease has been eradicated.

Juan José Romero, an epidemiologist of the National University (UNA), on Monumental Radio, asked the population for calm before the first possible suspected case of monkeypox.

The specialist said that the hygiene measures that were implemented due to the Covid-19 pandemic, such as hand washing, would help prevent the spread of an eventual monkeypox outbreak.

The expert recalled that in this disease there are no asymptomatic cases; rather its symptoms are very evident.

- Advertisement -
Paying the bills
Previous articleMcDonald’s will hold a collection day for recoverable waste in Costa Rica
Next articleBad news for the 2022 hurricane season: The Loop Current, a fueler of monster storms, is looking a lot like it did in 2005, the year of Katrina

QCOSTARICA - Costa Rica has not recorded a case of smallpox...
Read more