November the Most Violent Month in Honduras This Year 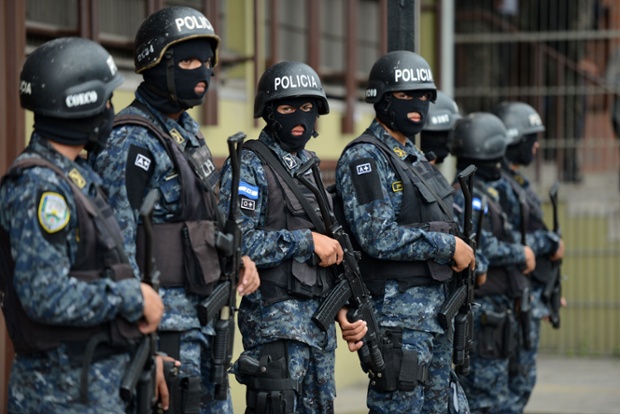 Q24N (Prensa Latina) Over 50 people lost their lives in massacres perpetrated in November, an increase in violence that worries the authorities and the civil society in Honduras.

According to the National Commissioner for Human Rights, Roberto Herrera, at least nine killings were registered with multiple victims in the said period.

There is an absolute lack of respect for life that is weakening society, social integration and the State if preventive measures of early warning and investigation leading to enforce the law are not implemented, said Herrera.

In opinion of the Honduran ombudsman, violence is a matter of national interest and the solution must not involve only the Police, but also other issues like poverty, inequality and discrimination.

According to figures provided by the Observatory of Violence, at least 94 massacres were reported thus far this year, with a total of 343 murders.

The multiple homicides are planned, the people are defenseless against this problem, said the Head of the Observatory, Migdonia Ayestas.

These violent incidents also represent a blow to the authorities, which are striving show in the past few months a fall in homicides countrywide.

Honduras is considered one of the most violent countries worldwide, with a rate of 66 deaths per every 100,000 inhabitants.

In the first half of November, Chief of the Joint Chiefs of Staff, Freddy Diaz, said the figures would close the year well below those of 2014, thanks to the efforts made by the State in its struggle against insecurity and crime.

TODAY NICARAGUA – In the past week, a total...
Coronavirus