OIJ “Can’t Hold On To Their Man” 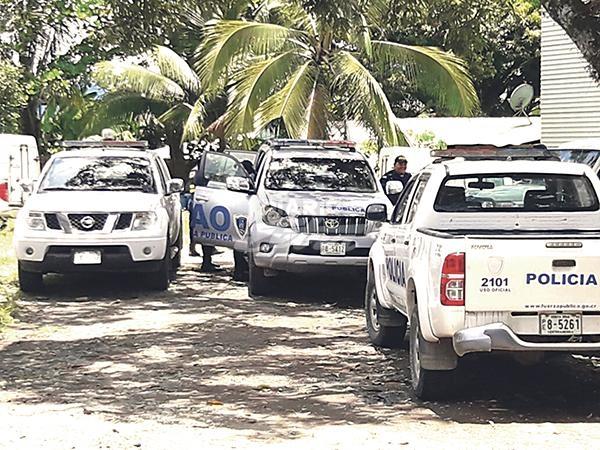 While the Canadian Mounties (Canadian Mounted Police) have the reputation of “always getting their man“, Costa Rica’s Organismo de Investigacion Judicial (OIJ) – the country’s judicial police force – may soon become the police force that “can’t hold on to their man”.

According to information by authorities, in front of the Tribunales de Justicia de Bribri (Bribri court house) the two officials detailed to trasnporting prisoners stopped their vehicle, when opening the prisoner’s box, the suspect took advantage of an oversight by the officers to run off.

Nearby, some 300 meters (three blocks) from the court house runs the Sixaola river, so it is presumed that is where suspect, identified as Warner Solano, 30, was headed. Solano is a resident of the area of Paraiso in Sixaola, in Costa Rica’s south Caribbean.

The Fuerza Publica has now joined forces with the Organismo de Investigacion Judicial (OIJ), the police body tasked with finding Solano and bringing him to justice.

Authorities are asking the public for help in locating Solan, who is said to be dangerous.

Solano on Tuesday had a pending hearing for multiple crimes against the property, reason why was being transferred from the Sandoval prison in Moín to Bribri.

- Advertisement -
Paying the bills
Previous article5 Men Impersonate President’s Security Team To Get In The Game Last Night
Next articleAccording to FoxSports, Costa Rica Is An “Island”