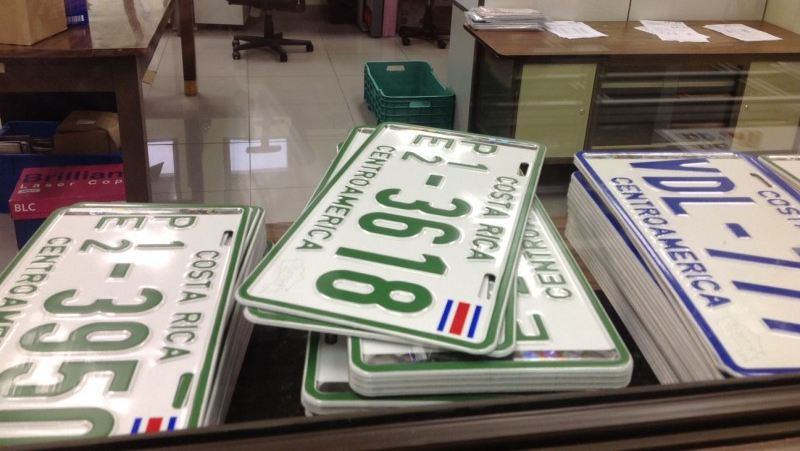 QCOSTARICA – As the mandatory change over of license plates continues on its programmed schedule, a question raised by many is “what happens to the old plates?”

Alejandro Ramirez, of the Departamento de Proyección del Registro, the National Registry (Registro Nacional), said that as part of their social responsibility program, the old plates are recycled and the profits used to help children in need.

The official explained that the Association is in charge of collecting, destroying and recycling the old plates, then uses the proceeds to help the children.

Ramirez added that the Association has to destroy the plates at the registry offices around the country, using a waste crusher to turn the old plates into metal strips, since no one is allowed, for any reason, to take the plates away whole from a registry office.

The plate changeover is mandatory. Using the last digit of the plate, every three months owners of registered vehicles must bring in the old plates for the new (at a cost of course).

Today is the last day of registered vehicles with plates ending in “6”. (The registry offices are closed on Saturdays).

The cost of the new license plates is ¢15.000 for vehicles and ¢8.000 for motorcycles. The fine for circulating a vehicle with the old plates is ¢20.000 colones plus costs.

So far the program has converted some 700.000 pairs of license plates.