BLOG: One Misconception Made By Expat Canadians and Americans About Costa Rica 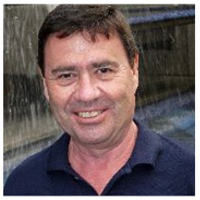 As an expat Canadian lawyer living in Costa Rica for fifteen years and practicing law as a Costa Rican lawyer for ten of those years (it took five years to re-qualify in Costa Rica), I have had a very good opportunity to observe, particularly expat Canadians and Americans, who form the majority of my client base, as to the manner in which they approach business transactions in Costa Rica.

It goes without saying, that business transactions in both Canada and the U.S., particularly as they relate to real estate matters, are heavily regulated by a plethora of Government Agencies, which tend to exert, in an effective and efficient manner, an onerous set of reporting and other compliance requirements on businesses such as Developers, Contractors and Realtors.

In short, in Canada, or the U.S., a Developer, Contractor, or Realtor would not be able to carry-on business in a particular manner, related to the development and sale of land, because if it were illegal, some Government Agency would have intervened and shut the business down.

The misconception by expats is that this notion holds true in Costa Rica. Essentially, such matters of business in Costa Rica, particularly as related to the development and sale of land remain largely unregulated as to consumer protection issues. There is no similar group of Government Agencies which exists in Costa Rica to protect your rights as a consumer. Many expats have run-a-foul of unscrupulous Developers, Contractors, and Realtors, who have exploited this common misconception to their personal benefit and to the detriment of the expat.

I would strongly advise all expats to engage a competent Costa Rican lawyer to conduct the appropriate legal due diligence, prior to embarking on any business transaction in Costa Rica.