Only 1% of Appropriations Spent On The Train 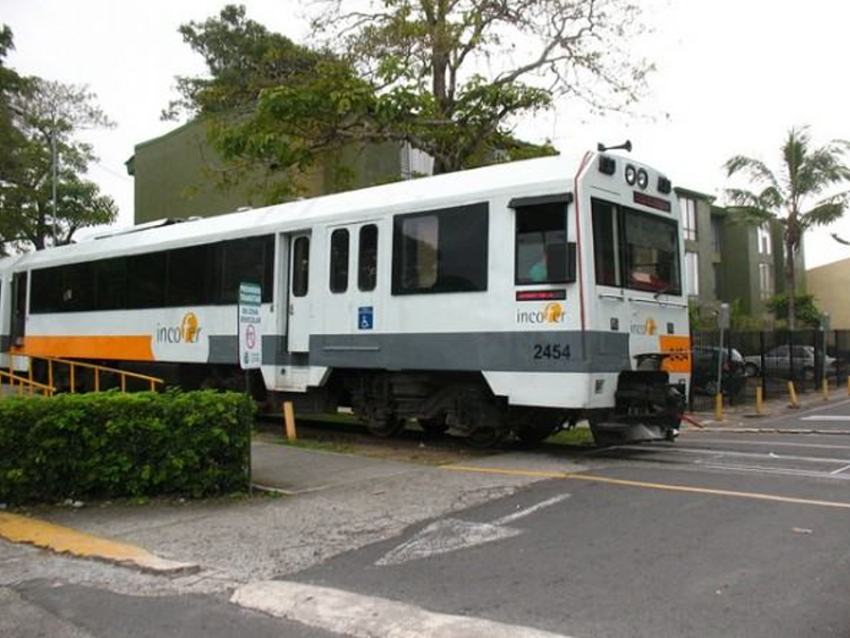 COSTA RICA NEWS — The Contraloria General de la Republlica (CGR) – Comptroller General’s Office reported this week that of a little more than ¢3 billion colones set aside in 2013 to revive the new Heredia-Cartago railway route, only ¢33 million has been spent so far.

Not a passenger has been carried.

The route is part of a metropolitan area mass transit plan begun in the 2006-10 Administration of former President Oscar Arias which has been, to the surprise of many, a raving success.

The question as yet unanswered remains why has Incofer, the nationalized railways system, lagged so far behind schedule on this project? The Comptroller questions why that part of the National Development Plan drafted during the Chinchilla Administration for 2011-14 has not gone forward more than 20%

Although less than three months remain until the plan was supposed to be complete. By the first quarter of this year, barely 500 million colones has been spent. Incofer wants to study the degree of passenger satisfaction with the existing Pavas-Curridabat, San Jose-Heredia, San Antonio de Belen-San Jose and Cartago-San Jose routes.

In July, the purchase of locomotives was postponed because Incofer chief Guillermo Santana claims that the past Administration did not even project an estimate of traffic to be carried.

But the Comptroller says that its data base shows a 41 out of 100 rating for the routes and the main complaints are overcrowding, not keeping promised hours, station deficiencies and lack of passenger information.

Despite deficiencies, since 2013 more than three million passengers have used the mass transit routes, so there can be no question about their overall popularity.

- Advertisement -
Paying the bills
Previous articleChange To Traffic Law Would Require Drivers in An Accident To Move The Vehicles
Next articleBusiness Sector Calls Illegal The 1.77% “Withholding” On Card Transactions

Following the series of accusations and backlash levelled against...
Taxes