COSTA RICA NEWS — A delegation of the business sector met on Wednesday with the Ministro de Hacienda (Minister of Finance), Helio Fallas and the director general de Tributación (DGT) – director of Taxation, Carlos Vargas, to object to the resolution that forces card issuers and financial institutions to withhold 1.77% (originally was 2%) on all card transactions as an advance on income tax. 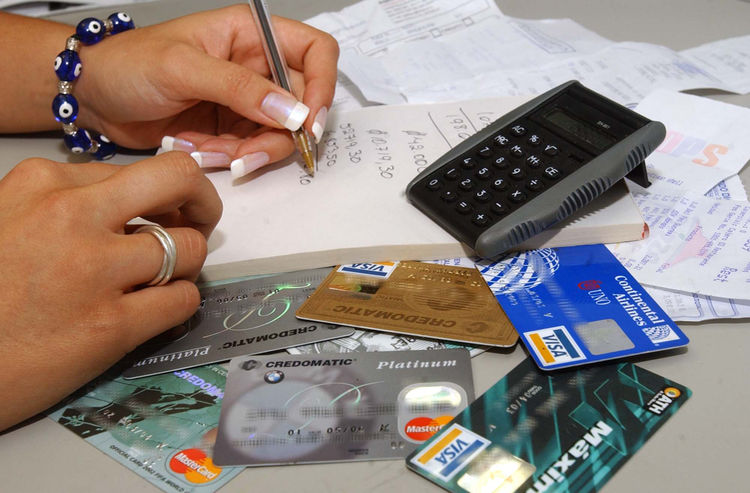 The delegation included Alan Saborío, with Deloitte; along with Ronald Jiménez, president of the Unión Costarricense de Cámaras (Uccaep); banker, Gerardo Corrales; and businessmen Rubén Pacheco and Víctor Ruiz, who led the first discussions with Hacienda.

The new rules that take effect on December 1, requires credit card issuers and financial institutions to reduce an amount equal to 1.77% on all consumer transactions where a credit and debit card us used to make payment.

The business sector says it is confident that their arguments will result in the DGT to take action. Otherwise, they assure they will take legal action against the resolution.

Originally, the withholding was to have been 2%. It was then reduced to 1.77%. The Deputy Minister of Revenue of the Ministerio de Hacienda, Fernando Rodriguez, explained the reduction was made to avoid “double taxation”. The original withholding wa on the full amount of the purchase, that in Costa Rica includes the 13% sales tax.

He explained by way of example, that if a person makes a purchase of ¢100.000 colones with a card, the 2% withholding would have been ¢2.000 colones, which would have meant the withholding for income tax would be on the sales tax. The mechanism was changed to first reduce the purchase amount by the 13% and then apply the withholding, which will be 1.77% on ¢88.495 colones.

In principle the business sector does not object to the withholding. In fact a number of merchants the Q talk to they welcome it, reducing the scramble for cash at tax time.

The business sector argument is that the resolution makes card issuers and financial institutions “withholding” agents, as well the mechanism doesn’t differentiate between goods and services and taxpayers and non-taxpayers.

They argue that the DGT resolution imposes responsibilities and consequences on third parties (card issuers and financial institutions), making them responsible,  a burden that can only be provided by law.

“In that sense, the guideline is illegal,” said Saborío.

Important to note here that the withholding applies only to businesses collecting payment for goods and services through a card and it does not affect the consumer or the final purchase price in any way. The withholding is not a tax on the purchase, rather can be seen an advance payment on the income tax liability of the business.

QCOSTARICA - Costa Rica received this Sunday morning, June 6, the second direct shipment from AstraZeneca of vaccines against covid-19. The flight landed at 11:05...
HQ

QCOSTARICA - Puntarenas is the only province in the country that has a contagion rate or "r" rate greater than 1. This is detailed in...
Economic Recovery