[OP-ED] The Dollar Has Certainly Appreciated – But So Has The Cost of Living! 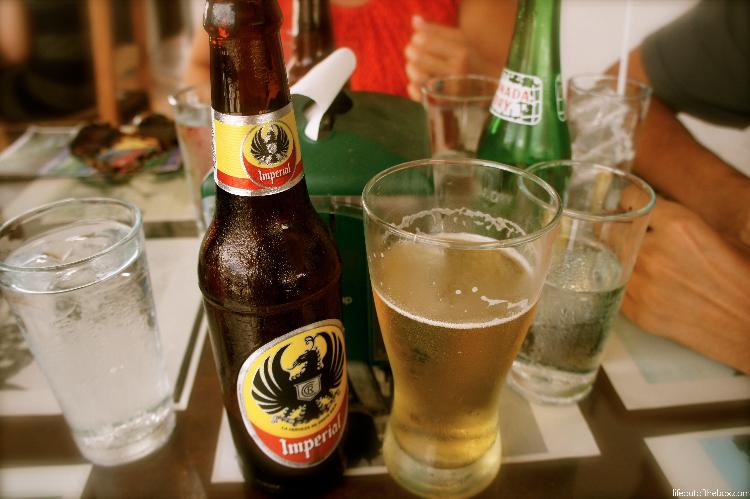 Many of those who live and earn in dollars are finally realizing a well deserved increase in that currency’s value. However, at the same time, within a week or so, hundreds of products and services have had prices increase accordingly, virtually eliminating the true economic benefits one would expect.

For a country often times criticized as backwards, incompetent and lacking in initiative, the business end sure knows how to quickly take advantage of the consumer.

Those areas of the economy which welcome the monetary relief are those which export, those involved in tourism, construction companies that charge in United States Dollar (USD) and any business which earns dollars and pays out costs in colons. Or, so it is supposed to be.

Importers of goods will pay more for their products, the shipping of same and also for duties which are usually charged in USD or equivalent.

Local goods are almost never 100% “national”, so do not expect a bargain in bananas or any other product. Almost all farm products and equipment demand some importation which increases the cost of doing business. Therefore, food prices from rice to chicken will cost more as a result of the new USD value.

Gasoline at the pump has gone up in consumer costs and is expected to incrementally continue that trend. After all, we do not have a refinery and must import the finished product. So then will the costs to ship and deliver goods within Costa Rica increase and you can very well guess how that will be managed.

We in Costa Rica already have one of if not the highest costs in electricity at approximately ¢88 colons per Kilo Watt Hour. However, CNFL (national power and light company)at the direction of mother ICE (state electricity and telecommunications) is ready to request another rate hike. This will continue until people and business start moving out, which might well be the case in the near future.

Water is in short supply and will be rationed by the end of this month according to AyA (state water and sewer utility), our supplier. Equipment and chemicals to clean our national water from arsenic and other contaminants such as fecal matter is all imported.

As a good example of how Costa Rica searches for niches to earn money, now that it is law that all residents, even pensionados (retirees), even those who have purchased health insurance from a private company are required to pay into the social security system best known as the Caja (Caja Costarricense de Seguro Social – CCSS). Ah, here is the rub. According to Outlier Legal Services blog, the Caja has substantially increased the monthly premiums for only “voluntary” individuals (targeting expats not employed) and not applicable for employees on a salary. For them their premium structure will remain the same which is 9% of the gross income per month.

If the unemployed, “Voluntary” individual gross income is between US$2,000 and US$3,000 per month, according to Outlier Legal Services Blog, the Caja premiums can run around US$400 monthly. For more detail, please go to: The fee increase in CAJA. How much do you have to pay?

On February 25, 2014 we will see exactly how Costa Rica reacts. As reported thousands of public workers plan on a “Mega” strike over the allocated wage increase of only 0.453% for public employees. Considering the exponential and constant increase in the cost of living, that small percentage hardly improves upon the working person’s standard of living.

Put on top of all this that both of the last standing presidential candidates favor a VAT tax system, and once again, we the consumers have the choice of earning more money, cutting back on purchases or tossing our hands up in the air and get out of Dodge.

- Advertisement -
Paying the bills
Previous articleRodríguez: Dall’Anese, Constenla and Pacheco Persecuted Me
Next articleCosta Rica’s Attorney General Says Recope Does Not Have Monopoly on Natural Gas

QCOSTARICA - The tolls on ruta 27 will increase...
National