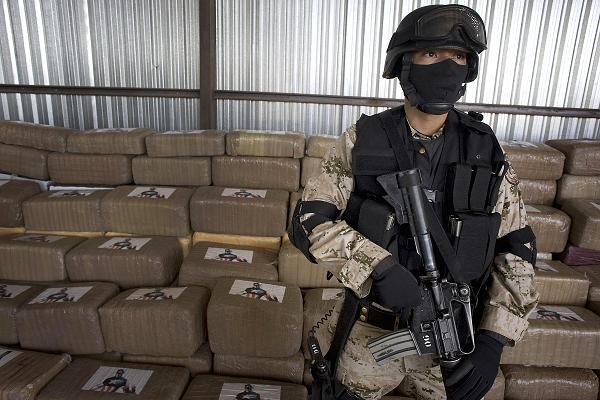 By CNBC – Cross-border organized crime is big business, worth about US$2.1 trillion per year, according to the United Nations Office on Drugs and Crime (UNDOC), equivalent to 3.5 percent of world GDP in 2009. That’s more than six times the world’s development aid budget for that year, and equivalent to about 7 percent of global exports of merchandise.

Perhaps unsurprisingly, trafficking illegal drugs is the most lucrative form of illicit business, constituting about half of all proceeds from transnational organized crime. However, plenty of money is also being made from less high-profile enterprises, such as smuggling natural resources such as timber, oil, and gold and other precious metals.

Drug trafficking is the most lucrative form of business for criminals, with an estimated annual value of $320 billion. UNODC says that roughly half of the income from organized crime comes from illicit drugs proceeds, equivalent to between 0.6 percent and 0.9 percent of global GDP. 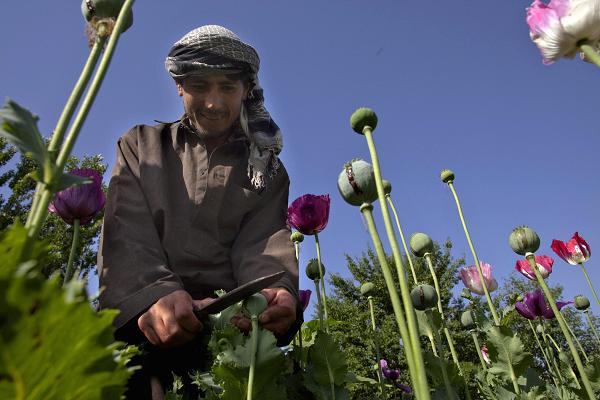 Cocaine and heroin are the biggest illegal drugs traded, worth about $85 billion and $68 billion, respectively, in 2009.

Europol, the European Union’s law enforcement agency, says that around one-third of all criminal gangs in the region are involved in the drug trade, with cannabis increasingly popular because of low risks and high profits. In addition, Afghanistan is diversifying away from opium cultivation to emerge as a new player in cannabis resin production.

Albanian, Pakistani and Turkish gangs are big players in heroin, while the collapse of many of the Colombian drugs cartels has allowed Mexico and Nigeria to emerge as cocaine traffickers for the European market.

UNODC estimates the socioeconomic costs relating to drug abuse are roughly twice as high as the illicit income drug trafficking generates. Some costs may be indirect, such as the environmental damage from the heavy use of pesticides and insect

Sexual exploitation is the bmost common driver of human trafficking, which UNODC terms “one of the world’s most shameful crimes.” In 2005, the International Labor Organization estimated the number of victims at any given time at 2.4 million, with annual criminal profits of about $32 billion. 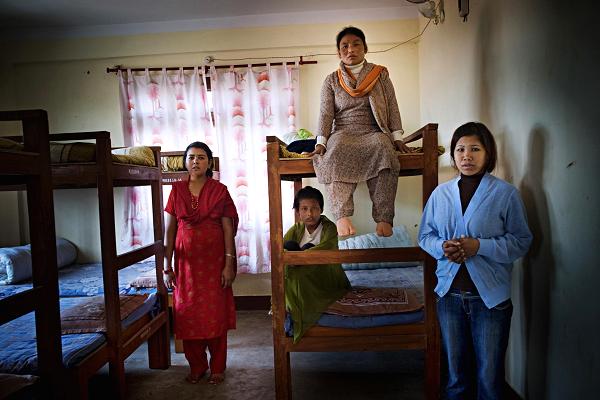 Victims of human trafficking have been found in at least 137 countries. They live under constant threat; their passports are often stolen, and they may have no knowledge of the local language if they have been trafficked between countries. The rescued women in the picture live in border shelters set up by Maiti Nepal, an organization fighting the sex trade in Nepal and the trafficking of girls and women into India.

Globally, one-fifth of victims are children, who are often used for coerced begging or pornography. They may also be favored as laborers in certain sectors (because of their small hands), such as sewing luxury goods, or may be enslaved as soldiers in war zones.

Human trafficking is an escalating problem in Europe, where there are well-established markets for illegal sex and labor.

“The availability of young laborers and lack of employment opportunities in African, Middle Eastern and East Asian countries is likely to increase migration flows towards the EU,” Europol said in a 2013 report.

Widespread poverty, coupled with a lucrative overseas market for exotic animal products, has resulted in massive poaching of African and Southeast Asian wildlife. The resulting black market is worth $7.8 billion to $10 billion a year, UNODC estimates. 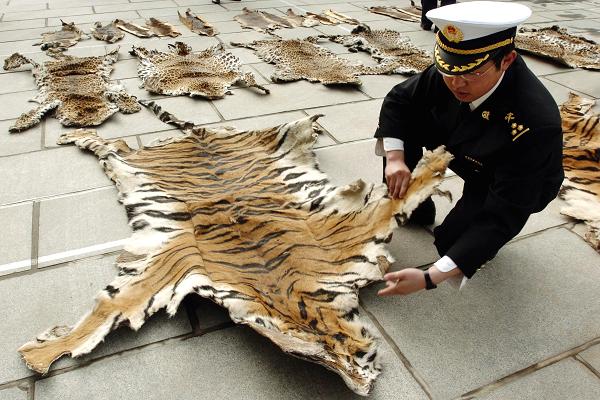 Trafficking centers on rhino horns, elephant ivory and tiger parts, and to a lesser extent, birds of prey. Central Africa is the main source of ivory. Last year, poachers killed about 450 elephants in just one incident in Bouba Ndjida National Park, in Cameroon.

Southern Africa is targeted for rhinoceroses, while Myanmar, Laos and Cambodia are particularly affected by the tiger trade. As a result of poaching, only 3,200 tigers remain in the wild, down from an estimated 100,000 at the beginning of the 20th century.

“The groups involved … are innovative in obtaining their products. For instance, OCGs steal rhino horn in exhibition halls, museums, during sightseeing tours in castles or during auction sales. … A perception of low risk and high profitability associated with this crime area is likely to continue to attract interest from OCGs,” Europol said in a 2013 report.

Fraudulent medicines represent a potentially deadly threat for consumers, particularly those in Southeast Asia and Africa, with billions of dose units in fake drugs sold every year. 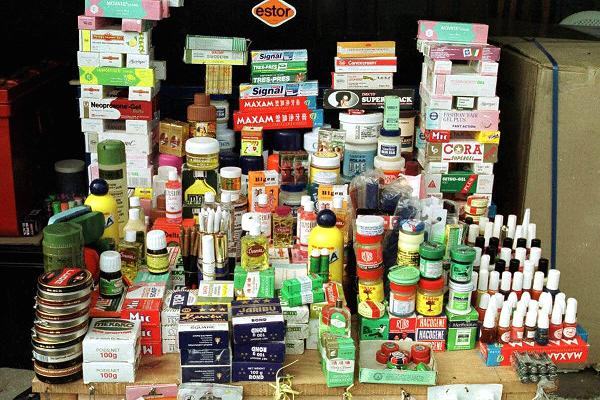 “Treatment with ineffective counterfeit drugs such as antibiotics can lead to the emergence of resistant organisms and may have а deleterious effect on а wide section of the population. In extreme cases, counterfeit drugs may even cause death,” the World Health Organization warns on its website.

Medicine counterfeiters have piggybacked on the rising trade in legitimate pharmaceuticals from Asia to other developing regions. The traffic in counterfeit medicines from Asia now amounts to about $1.6 billion (the value at destination), according to UNODC.

From a criminal perspective, producing counterfeit drugs does not require huge infrastructure or facilities, and the demand is almost infinite.

Medicines also are high-value items in relation to their production cost, particularly when cheap substitute ingredients are used. WHO research conducted in 1999-2000 found that nearly one-third of fraudulent drugs contained no active ingredients, one-fifth had the incorrect quantity of active ingredients and another fifth contained entirely wrong ingredients.

Illegal immigration is concentrated along two main routes: one leading from Latin America to North America, and the other running from East, North and West Africa to Europe. UNODC estimates that the former generates $6.6 billion for criminals every year, while the latter is worth $150 million. 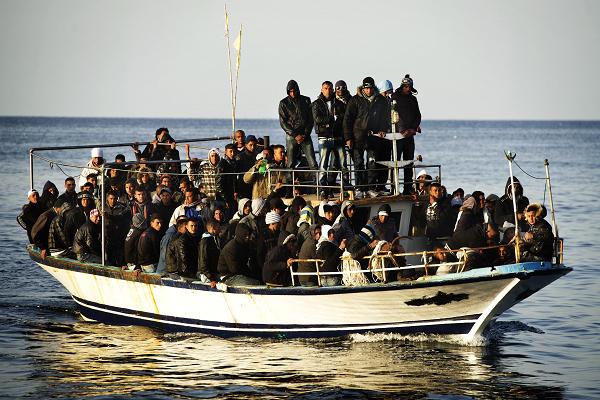 About 3 million people are smuggled from Latin America each year, and 55,000 from Africa. Transportation techniques can be highly risky, involving clandestine entry in refrigerated vehicles or concealment in plastic bags sealed with tape. Attempts to cross oceans, or “blue borders,” are particularly dangerous and have resulted in many deaths.

According to UNODC, migrants may be offered a “smuggling package,” with the treatment they receive corresponding to the price they pay to the smugglers. Immigrants risk being abandoned by smugglers if the situation become too dangerous; in some cases, they may also be robbed, raped, beaten or held for ransom.

Many criminals run legitimate businesses and are involved in smuggling migrants as a profitable sideline. Hospitality providers may take bribes to look the other way, and corrupt officials may also be involved.

Illicit trading in arms generates $300 million to $1 billion annually, according to UNODC, and puts handguns and assault rifles in the hands of criminals and gangs. It is difficult to count the victims of these weapons, but in some regions, such as the Americas, there is a strong correlation between homicide rates and the availability of weapons. 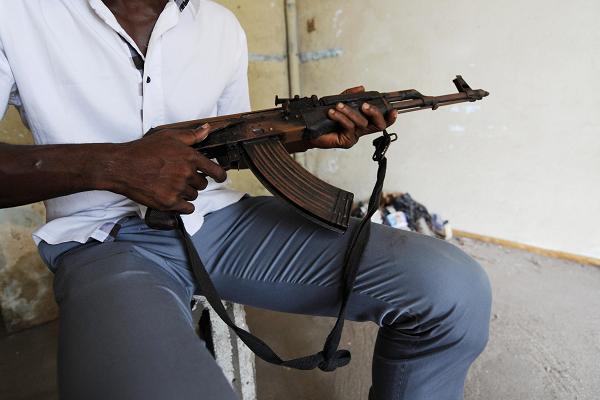 However, Europol said weapons trafficking is limited in Europe, describing it as a supplementary rather than a primary source of income for the gangs involved.

Trafficking in natural resources such as timber, oil, precious metals and plants generates about $7 billion in criminal revenue annually and contributes to deforestation, loss of species and habitats, climate change and rural poverty. 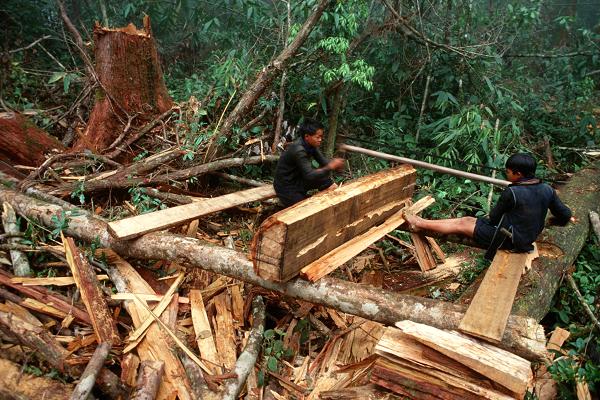 One of the largest outflows is timber, with about 10 million cubic meters of timber annually smuggled out of countries such as Myanmar, Indonesia and Malaysia to other parts of Asia and to Europe. According to UNODC, China imports one-quarter of the world’s illegally felled timber, while 20 percent is bound for Europe. In this picture, two boys cut sandalwood in a Vietnamese nature preserve where logging is illegal.

The illegal precious metal trade is also valuable, with gold trafficking—a major problem in South Africa, Democratic Republic of Congo and Peru—worth about $2.3 billion a year. The market for diamonds and colored gemstones stands at about $900 million.

Cybercrime is an increasing problem and costs the U.S. up to $100 billion a year, according to a study published by the Center for Strategic International Studies last month. 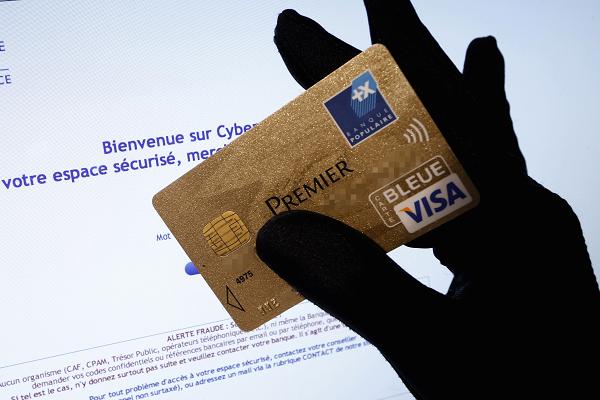 “The prolonged financial crisis serves as a catalyst for new types of fraud, and other crimes with a financial aspect,” Europol said in a report this year. It added that the growing popularity of mobile payments offered new opportunities for data theft and fraud.

Child pornography and sexual exploitation also generate massive amounts of money. UNODC estimates that 50,000 pornographic images of children are generated each year, at a value of $250 million.