During 2012, the office space market experienced a significant growth in supply motivated by the addition of new properties and new phases in existing projects. However, today, more office space without demand has put developers on alert 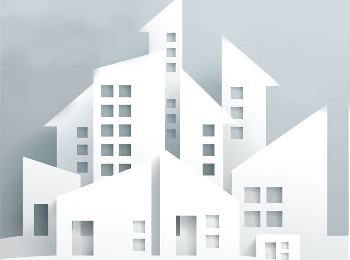 According to an analysis by Colliers International, in the first quarter of 2013 less office space has been rented by businesses, while more office space is made available, which is starting to become a risky equation.

The problem arises because there are more foreign companies now with more specialized services, requiring less space to operate and the emergence of new alternatives to floor space in office buildings.

In the Gran Área Metropolitana (GAM) – Greater Metropolican Area of San José – there is a little more than one million square metres of office space, an increase of 124.000 square metres over the same period last year.

The problem is that demand has not kept up with the growth. According to Colliers, more han 130.000 square metres of office space was reported empty in the first quarter of this year, which is equal to an 11.6% vacancy rate, as compared to 9.8% for the first quarter of 2012.

To say a market is stable, the vacancy rate should be around 5%, and never exceed 10%. In the GAM, office building space has exceeded this line.

The major oversupply of office space is in Class A space, as more foreign companies look for office space in “zona francas” (free zones) rather than in corporate type buildings.

The fear for many developers is the increase in vacant office and that the market could see a vacancy rate of 15%, as it happened in the 2009 economic crisis.

Aris Stamatiadis, general manager of Colliers International in Costa Rica, if the supply continues to increase and the current reality of a decreased demand continues, the market could see an oversupply of construction.

According to Stamatiadis, foreign companies are now seeking smaller space that can be accomodated in office buildings.

QCOSTARICA - For this Wednesday, the arrival of the fifth tropical wave of the season is expected, thus reinforcing the rainy activity mainly to...
Coronavirus