Ortega no longer has fresh petrodollars from Venezuela. And now what? 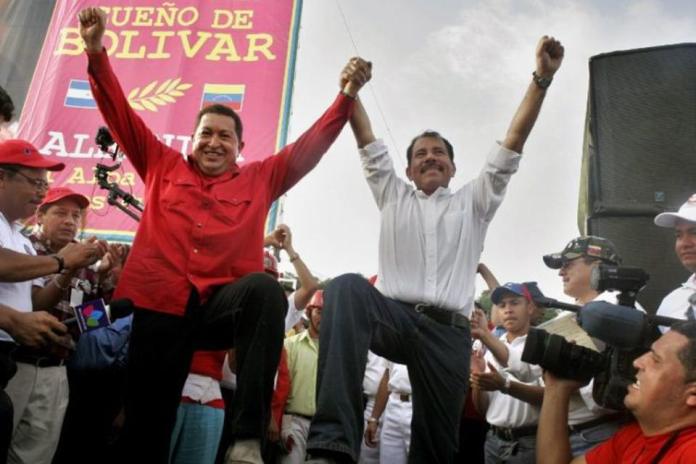 TODAY NICARAGUA – Much has been said about Venezuelan cooperation, except that it is over. The external cooperation report of the Central Bank of Nicaragua (BCN) that during 2019 and the first half of 2020 shows zero transactions with what was once one of the strategic business partners of the dictator Daniel Ortega.

Contrary to the celebration of the signing of the Petrocaribe Energy Cooperation Agreement in 2007, the culmination of this has not even provoked a populist pronouncement.

Venezuela left in the hands of Ortega and his relatives a wealth of US$3.8 billion dollars – according to data from the Central Bank -, whose fortune has been in the sights of the United States, since the regime ordered one of the bloodiest massacres in the era of democracy in April 2018.

The US has pursued these funds, in order to weaken the main financial foundation of the dictatorship, to pressure it to leave power through a peaceful process: fair and transparent elections.

But what has Venezuela’s cooperation meant for Nicaragua? Did this have any impact on economic development? What were the promises that remained on paper? Will Ortega reach an electoral year without fresh resources from Venezuela, which for years served to finance his political patronage?

After a back and forth of how the Agreement signed between the governments of Nicaragua and Venezuela would work, but which has been handled as a private and not public debt, it was determined that 50% of the product of the internal commercialization of oil and derivatives would be transferred to the National Rural Fund (Caruna) to finance social projects and for-profit projects.

“This 50% transferred to Caruna took the form of a loan to be repaid to PDVSA within 25 years with two years of grace, at an interest of 2%,” explained an economist who spoke to La Prensa on the condition of anonymity.

The day that Daniel Ortega and the late president of Venezuela, Hugo Chávez, laid the first stone of what would become the El Supremo Sueño de Bolívar refinery, there was also the promise of other projects, which, like the mega-project, were expected to charge. life, like building a railway, a port in Bilwi, but it was not.

What did happen was the commercial exchange between the two countries, under the umbrella of the Agreement. However, exports of meat, beans, milk, sugar, had good figures and others not so much, it was in 2012 that the sum of US$444 million dollars was reached.

Looking back on the social and economic impact left by Venezuelan cooperation after it was announced as the key to the growth and development of the second poorest country in the hemisphere, economist Enrique Sáenz, explains that the main result is to have converted Daniel Ortega and his immediate circle in billionaires, and from the political perspective, cooperation “was decisive for the imposition of the Ortega dictatorship, in fact, without Venezuelan cooperation, Ortega would not have had the instruments at his disposal to impose his dictatorship,” he said.

The economist who prefers not to be named explains that the “social programs” that by themselves reached the greatest weight within the total amount that was allocated for this purpose, were represented, since 2010, by the subsidy for collective transportation in Managua, by the called the salary bonus given to a part of the State workers, and for the reduced bonus given to a group of seniors.

The remainder earmarked for “social programs” was distributed to other small programs. However, he clarifies that the salary bonus was absorbed by the Budget since 2014, and the bonus for the elderly by the Nicaraguan Institute of Social Security.

In other words, not all of the 38% that should be invested in social programs was destined for this purpose, but, according to available information, only 24.2% of the oil credit funds financed social programs, since the remainder was to form a “liquidity fund”.

Venezuelan cooperation disappeared without the regime being accountable to Nicaraguans, the reality is that it went like “water through our hands,” says Sáenz, who explains that the traces left by Venezuelan financing are not translated into research centers or of professional training that serve to raise the quality of the workforce, or in technological reconversion of any sector of the economy.

These funds were used to “increase Ortega’s fortune, without having any impact on the productive structure of the country, not even to generate employment,” although they did serve to distribute perks through clientelistic programs that allowed Ortega to support his fans.

Programs that did not end poverty

Zero Hunger and Zero Usury (Hambre Cero y Usura Cero) are part of the famous programs of the Ortega regime that have stopped being distributed with the force that was done in previous years.

Both were focused on reducing poverty, yet economists always called them clientelistic.

In a publication in La Prensa in 2017, the then, head of the Ministry of Family, Cooperative, Community and Associative Economy (Mefcca), María Auxiliadora Chiong, confirmed that Zero Hunger had ceased to be free and families had to assume loans from between 10,000 to 60,000 cordobas. While in the case of Zero Usury, an allocation has been maintained in the General Budget of the Republic, which for 2021 is 102,258 córdobas, the same amount as for 2020.

Like Sáenz, the economist and sociologist Óscar René Vargas explained that Venezuelan money was explained to the public as what was going to change the structure of the country because it would have a refinery, and other projects, but nothing of the kind happened.

“There was no effect on the country’s productive system,” explains Vargas.

The analyst rather says that there was an indirect effect of this cooperation, since there is a population group that benefited, due to the consumption of goods, to trade, it caused some industries to grow, such as construction, with the creation of shopping centers, office buildings, homes, among others. But he insists that there was no increase in the country’s productive system, which in the end is essential to achieve a transformation of the economy.

What was the Venezuelan money spent on?

It is worth asking then, if there was no impact on the productive part, where did the almost US$4 billion dollars go, according to official figures, which is estimated to enter Nicaragua under that agreement?

Two of the analysts consulted are clear: they enriched Ortega and the entire financial network that he has been strengthening during these years in power.

Saénz explains that there are two clear results that facilitated cooperation, but that both have served to shore up Ortega’s wealth, one, through the project for the Supremo Sueño de Bolívar refinery, which was ultimately reduced to fuel storage tanks, and the other was with Alba Generación, which supports the business of the presidential family in the energy sector.

The economist who preferred anonymity explains that 62% of the oil cooperation was invested in lucrative purposes, beyond social programs.

“It is not entirely clear who controls these assets, but it seems obvious that we are in the presence of the emergence of a quite powerful private group – which, in fact, according to the figures involved, would have become rather quickly one of the most powerful in the country,” he says.

With the Venezuelan cooperation, the Ortega-Murillo regime made its way into the fuel business, by acquiring the Petronic gas station chain, then the Banco Corporative (Bancorp), which was singled out for laundering money from Albanisa.

They acquired the Hotel Seminole, which has been closed since 2018, and finally, Caruna, that managed six trusts for more than US$2.5 billion dollars.

All these entities, except the hotel, have been sanctioned by the United States, and their effects have affected the fortunes of the regime.

What will Ortega do without Venezuelan cooperation in a pre-election year?

On May 27, 2016, the adviser for Economic Affairs to the Presidency, Bayardo Arce, stated that Nicaragua was not going to “die” if Venezuelan cooperation were to fail, when asked about the implications that it could generate at that time, the crisis of that country with respect to Nicaragua.

Arce assured that the nation had several financial and cooperating partners. However, when the oxygen of that cooperation ran out, the main sources of financing stopped approving new loans to the Ortega regime.

Both the World Bank and the Inter-American Development Bank (IDB) have not granted new financing since 2018.

Now, the dictator faces an electoral process with a complex economic outlook, three years of recession and an austere General Budget of the Republic.

However, for economist Sáenz, Venezuela’s money will be a problem if indeed, Ortega needed resources for an electoral campaign, if competitive elections were to be held, but that is why he has focused on the laws: Life Imprisonment, Regulation of Foreigner Agents and the Special Cybercrime Law or Gag Law.

- Advertisement -
Paying the bills
Previous article“I will draw what I think I should draw.” Satire against the regime without giving up despite the Gag Law
Next articleEta weakens to tropical storm as it moves through Central America