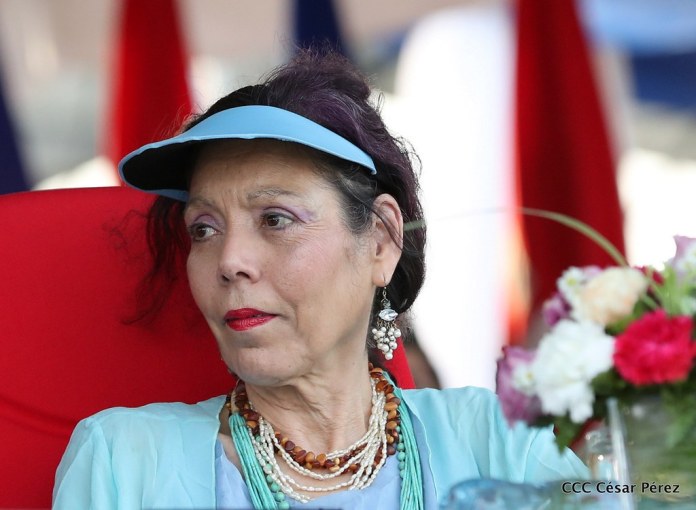 Daniel Ortega risks Nicaragua an expansion of COVID-19 by not ordering health measures, while he signs the massive purchase of gloves and gel alcohol for use of those closest to him.

According to Confidencial, the Presidency acquired, “as a matter of urgency”, 5,000 gloves and more than 100 gallons of gel alcohol, despite the fact that the government has not recognized that the covid-19 virus as a health emergency.

Confidencial reported that it had access to purchase orders issued by the Procurement Division of the Presidency of the Republic, for purchases justified “to ensure personal hygiene.”

“Through the process of contracting number CMB-015-03-2020, called ‘purchase of replacement material to attend epidemiological prevention to the personnel of the Presidency of the Republic and ascribed dependencies’, Ortega ordered the purchase that amounts to 101,085 cordobas ($2,955.70).

“In detail, the presidential couple guided the acquisition of preventive sanitary material consisting of 30 boxes of 100 units each of latex gloves, size M, size L, as well as 110 gallons of 70% Nevaclean brand alcohol gel,” Confidencial revealed.

The purchase order, it added, was issued on March 15, three days before Nicaraguan health authorities reported the appearance of the first case of COVID-19 in the country.

On Tuesday, the Pan American Health Organization (PAHO) spoke out against the lax position that the Daniel Ortega and Rosario Murillo regime has taken in the face of the global pandemic of the new coronavirus.

Instead of asking people to remain in voluntary confinement to prevent the transmission of the virus, the Government has organized several massive events in March and April, and has not promoted social isolation, nor has it closed the country’s borders to foreigners.

The non-governmental organization (NGO), Observatorio Ciudadano COVID-19, showed very different figures from those of the Nicaraguan Ministry of Health regarding suspected cases of COVID-19.

“This is one more example of the criminal and selfish character of this Government. They are in self-isolation, almost a month since the family has been seen publicly. On the one hand, we see the regime calling people to expose themselves in massive activities, while they are shielding themselves. It is a criminal and discriminatory attitude,” says Vilma Núñez, president of the Centro Nicaragüense de Derechos Humanos (Cenidh) – Nicaragua’s center for human rights.

The Cenidh maintains that the Government should extend these preventive measures to the general population. “It is no longer enough just the verbal calls, it must be accompanied by providing the necessary for the care of the people. It is definitely criminal to spend 100,000 cordobas to protect their family environment and leave people unprotected. This is the most serious proof of the irresponsibility of the regime,” insists the defender of human rights.

They shield themselves, but they forget the people

Vilma Núñez considers that it is good that Ortega and Murillo take care of themselves against the coronavirus, “but that they should also promote care for all Nicaraguans, which is also their responsibility.”

In this, the former Minister of Health, Dora María Téllez, agrees.

“His (Ortega’s) first obligation is to the people, but here there is no strategy for prevention and containment against the pandemic, but there has been a strategy for the spread of the coronavirus,” he warns.

Tellez regrets that to date in Nicaragua there is no economic and social strategy so that thousands of people who depend and survive in the informal market can protect their health.

“They are not even giving due protection to health personnel. It is a barbaric thing”, Tellez denounces.

While being surrounded by countries with tens and hundreds of cases, Nicaragua, as of today (April 15) has only confirmed 9 positives and one death.

On social networks, in the streets of the towns and cities, gossip or fact, there are stories of people getting sick, suspected of the covid-19 and even dying.

One of the reasons that there are so few cases reported is the lack of testing. For if there is testing, the results will most likely be different. And that all comes at a cost.

In the words of Costa Rica’s president of the Caja Costarricense de Seguro Social (CCSS), the government agency that runs the hospitals and clinics in that country, Roman Macaya, “Pandemics are very expensive“.

The new coronavirus is a costly one, a cost that the Ortega administration either cannot assume or want to.

- Advertisement -
Paying the bills
Previous articleEx-Minister of Health Maria Luisa Avila: pandemic of covid-19 is not comparable with AH1N1
Next articleCrowds of people could cause COVID-19 contagion to expand

QCOSTARICA - On Wednesday, President Rodrigo Chaves and the...
Health