Ortega Regime Imposes Its Own “Normality” in Nicaragua 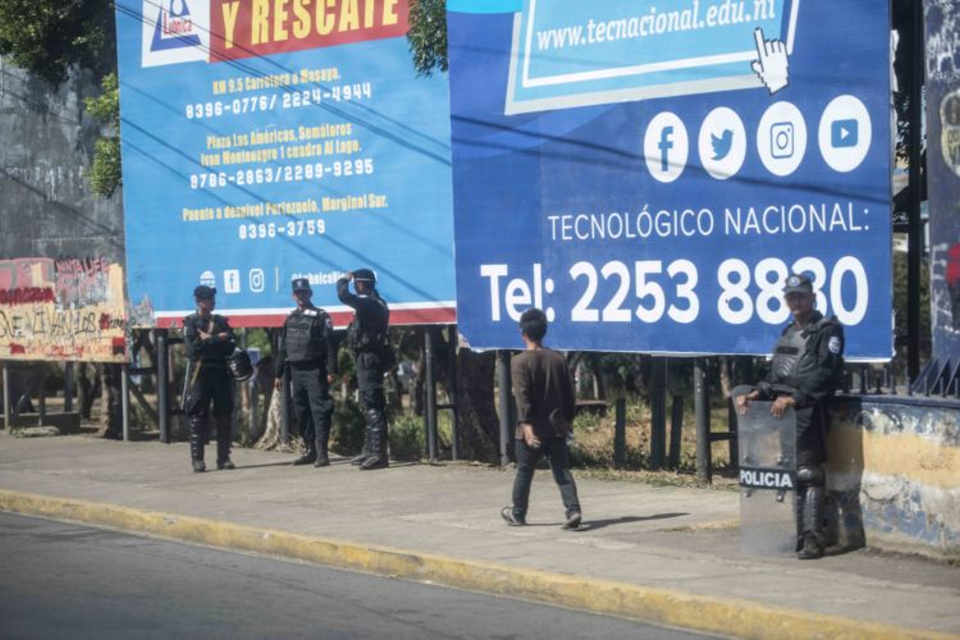 As if the reality of Nicaragua took place in two different dimensions, the regime of Daniel Ortega and Rosario Murillo promote, on the one hand, festivals and fairs to impose their “normality”, and on the other, the Policía Orteguista (PO) – Ortega Police – executes arrests, raids in homes and maintains a strong presence in the streets of the country.

For the researcher Mario Sánchez there are many factors that indicate that the situation in the country is not normal; first, there are political prisoners, who are not guaranteed almost any of their rights, and second, that the government itself does not include the main problems of the country in its agenda, and focuses on other types of activities that seek to distract certain sectors of the population.

The presence of the Ortega Police in the streets generates fear and rejection, experts agree

Sánchez told La Prensa, “The people are clear that the situation of the country is critical, that the exit (to the crisis) is not being touched, let’s say, the approach of the political, structural roots of the crisis”..

For the expert on security issues, Elvira Cuadra, the strong police presence in Managua contradicts the official discourse of normalcy, especially since April to date, the institution is no longer a source of security but of fear for the population.

Cuadra explained that the fact that the police remain in the streets, in rotondas (roundabouts), in roadblocks, “is not a sign of normality, but quite the opposite”.

The sensation that it provokes is “like other Central American cities where there is also an excessive police presence”, expressed the expert.

The police forces have done everything to prevent the people from protesting against the Ortega-Murillo dictatorship.

The actions border on irrational behavior, such as seeing an officer chasing blue and white chimbombas to explode them or enter shopping centers to avoid impromptu protests.

Cuadra indicated that “it is clear that police surveillance and presence has the purpose of preventing the exercise of citizen’s rights such as the freedom of mobilization and expression.”

Since September, the Orteguista Police criminalized citizen protests. Through a press release, it indicated that “(…) before any alteration and / or threat to the tranquility, work, life, and the rights of individuals, families and communities, will be responsible and will respond to justice, the people and organizations that call for these illegal displacements from which they have been promoted and are trying to promote, criminal, destructive and criminal actions.”

QCOSTARICA - Different groups of protesters during the blockades...
Banking