Ortega Dialogues With The United States and the European Union 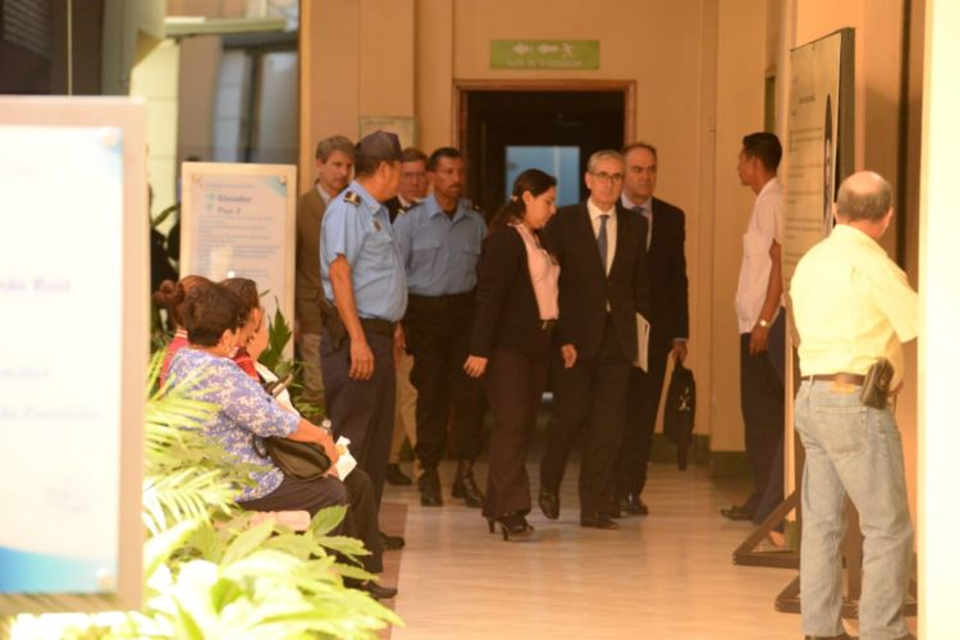 The United States and the European Union (EU) are making efforts in parallel to achieve the return of the national dialogue where the peaceful solution to the sociopolitical crisis in Nicaragua is agreed, as the situation in the country worsens because the Daniel Ortega regime does not stop the repressions that adversely affect the people, as well as restricting human rights, such as the right to demonstrate.

Parallel to the visit of eleven legislators from the European Parliament, two senior officials from the US Department of State were also in the country for two days in private meetings with top-ranking officials, including Ortega himself.

On the first day of meetings, the Europeans asked Nicaraguan legislators, political parties and civil society groups for alternatives that would allow Europe to take action to get Ortega to agree to sit down and talk again, in order to put an end to the crisis in which the country is plunged since last April.

The delegation did not give statements, however, the Spanish member who heads the group, Ramón Jáuregui, expressed through Twitter that meetings with the government, parliament, civil society, political parties, NGOs and other sectors is to “see and hear to later help the people of Nicaragua.”

We will make public our impressions at the end “of the meetings on Saturday, January 26 at a press conference, at noon.

For its part, the United States embassy in Managua confirmed that Micheal McKinley, principal advisor to the US Secretary of State, Mike Pompeo, and Julie J. Chung, assistant secretary for the Office of Western Hemisphere Affairs, met with Daniel Ortega for approximately three hours and also with members from other sectors of the country, to find a peaceful solution to the crisis in Nicaragua.

The visit of the officials was “with the purpose of emphasizing the continued support of the United States for the efforts to find a peaceful solution to the crisis in Nicaragua, the return to democracy and the protection of human rights,” said the US embassy.

The high officials sent by the Secretary of State arrived Wednesday at noon and left on Thursday. During their visit, they also met with representatives of the Catholic Church, businessmen, civil society organizations and government officials.

So far, Ortega made no reference to the meeting with McKinley and Chung, nor did the US Embassy.

The US Government has initiated a strong political and economic siege to the Ortega regime, through the Nica Act, which has not yet been implemented, but seeks to block multilateral financing to Nicaragua and punish officials considered corrupt or who have committed human rights violations.

Through other mechanisms, the United States has applied individual sanctions against members of Ortega’s inner circle, such as the vice-president and first lady Rosario Murillo.

Ortega regime to the US ambassador: “Give up imposing your creeping and decadent Yankee policies”

Nicaraguara recalls its ambassador in Costa Rica “for consultation”

QCOSTARICA - Nicaragua has recalled its ambassador to Costa Rica for...
Read more