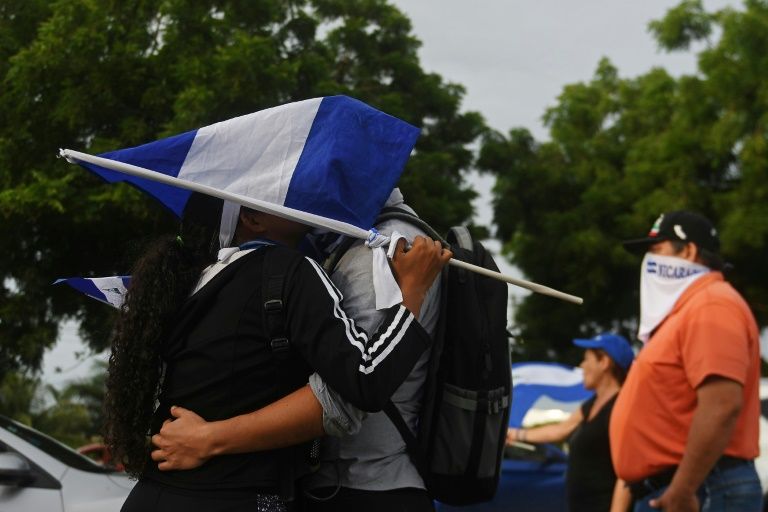 (AP) — The brother of Nicaraguan President Daniel Ortega, and former chief of the Army until 1994, retired general Humberto Ortega, in a letter released Wednesday urged his brother to move up elections to avoid more bloodshed.

Humberto Ortega published a letter sent to the dialogue table mediated by the Episcopal Conference of Nicaragua in which he urged the government to “deactivate” the paramilitaries (vigilante groups) and that the opposition lift the “tranques” (barricades) on the roads, “no matter how righteous your reasons may be”.

The retired general also proposed to move up the 2021 elections to 2019, to reach “a peaceful solution to the tragic crisis we are suffering.”

Humberto Ortega wrote, “by constitutionally moving up presidential elections to the coming year, he (Daniel Ortega) says yes to peace.”

The 72-year-old president has been silent on a proposal by the Catholic bishops to early elections.

Ortega faces the worst crisis since his return to power in 2007, whose trigger was a reform to social security but then became a demand for his stepping down from the government by repression, which in two and a half months has left more than almost 300 dead and 1,500 injured, according to human rights organizations.

After the return to power of his brother, in 2007, he has adopted positions critical of his administration.

Also Wednesday, former President Enrique Bolaños (2002 -2006) reiterated his call for Daniel Ortega to step down. “If you are a true patriot resign and this country will thank you for it,” said Bolaños.

- Advertisement -
Paying the bills
Previous articleMOPT Froze For Two Years Expansion Plan For The Road To Caldera
Next articleRamirez Is Out, Fedefutbol Looking For A New Coach