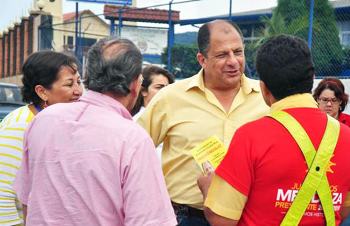 In a razor-thin preliminary count, political expert Luis Guillermo Solis appears to have defeated lawmaker Juan Carlos Mendoza for the Citizen Action Party (PAC) nomination for presidential candidate from the party. The 23,500 votes were cast Sunday, counted Monday and now the Supreme Elections Tribunal is recounting. 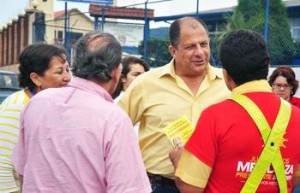 The margin was a hair — 72 votes, that apparently give Solis the win with 35.5% of the vote over Mendoza with 35.2%. Former Limon Deputy Epsy Campbell came in third with a respectable 24.9% while Ronald Solis, also a former lawmaker, racked up 4.2% of the votes.

PAC general secretary Olga Marta Sanchez confirmed Wednesday that a laborious hand recount would begin immediately because of the narrow margin. PAC members were appalled at such a disappointingly low turnout during the primary.

Of the 350,000 ballots printed, 93% were unused. Campbell herself mourned that she was unable to convince more of the few voters who turned out to give her more than the nearly a quarter of the final count. As it was, her forces asked for a copy of the count of the 290 voting tables.

It is unlikely that the results of the recount will be ready before Friday. Next weekend, the party general assembly session will decide if they want to try to forge a coalition with other opposition parties for the election.

Comment: Unless their candidate can generate more enthusiasm than was indicated in the meager primary turnout, it appears that a coalition is the only way they can achieve a respectable showing in the Legislative Assembbly, let alone winning the Casa Presidencial.

Such a coalition, difficult as it may seem, is their only chance to beat National Liberation Party’s mean machine. But they are too liberal to appeal to the Libertarians and even the Social Christians. Moreover, they are rent with internal disputes that have moved PAC founder Otton Solis to become inactive.