The plan was presented by Zamora three weeks ago to the Comisión de Seguridad y Narcotráfico del Congreso (Commission on Security and Narcotics), as part of the reform of the Ley Orgánica del Ministerio de Seguridad Pública.

The plan is to keep tabs on Colombian and Mexican cartels that continue to operating in Costa Rica, as well as other criminal organizations in the world with eyes on Costa Rica.

The proposed bill would allow experienced and incorruptible Costa Rican police officials installed in the four embassies in Costa Rica. “Their work will be 100% police intelligence, and are not going to stop anyoone, but will be aware of all the movements and plans of the Mafia”, said Zamora in an interview with La Nacion.

The minister pointed that these officers, in carrying out their missions, could prevent entry into the country by undesirables, especially those related to drug cartels.

The initiative transcends almost two month after the arrest on June 6, in Madrid, Spain, of Arthur Budovsky, the leader of the largest money laundering operation in world history, and operating out of Costa Rica. Budovsky had lived in Costa Rica and became a citizen, since 2006. 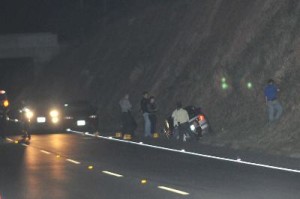 At the end of June, the Mexican Judicial Police revealed that the Caballeros Templarios (Knights Templar), one of Mexico’s bloodiest criminal groups, is settled in Costa Rica for more than a year and responsible for the murder in Costa Rica of model Pamela Céspedes Segura and former military officials, Sigifredo Fernández Sierra, on November 8, 2012. The murders took place on the San José – Caldera highway.

“The idea is for the police agents work on research and profiling and not on dimplomatic matter. Although they are cops, I don’t see them arresting anyone. They would kind of a sentry”, said Zamora.

Zamora added that idea of having agents within the Nicaragua and Panama embassies is because criminals usually use the neighbouring borders to make their way into Costa Rica.

The minister commented that of the 14.000 Fuerza Publica (police) officials only about 35 could meet the requirements that includes at least 12 years on the force, hold the rank of commander and have an unblemished record.

The initiative has the green light from Francisco Segura, director of the Organismo de Investigación Judicial (OIJ) – the country’s judicial investigative police.

On board is also Carlos Chinchilla, president of the Sala Tercera (Supreme Court), calling the Zamora initiative as positive.

Support for the initiative comes from Carlos Gongora, president of the legislative committee on drug trafficking and national security. Gongora said, “the idea is very good, as they (police officials) would not be military attaches, as in other countries”.