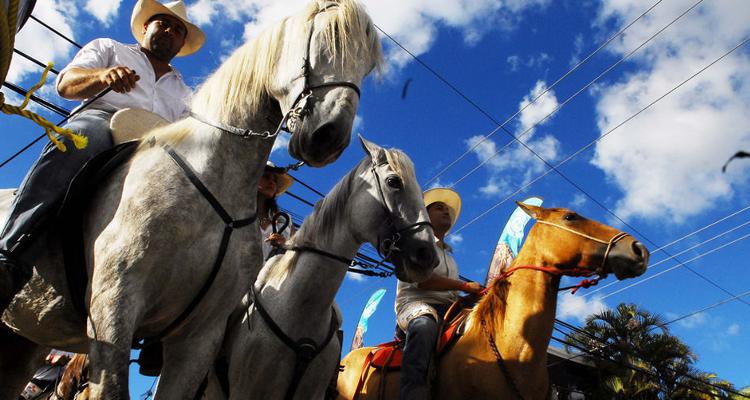 The Palmares civic festival in the central Costa Rican town is a tradition among Ticos second only to the end of the year fiestas at Zapote. But the giant party has been besmirched by a scandal involving the Social Security health care system. (We get a sense of unreality even as we write this.)

The wildly popular celebration of that charming town, with its bullriding and stands with typical foods, suddenly appeared on Facebook, suffering the charge that the Social Security system — or some renegade — had been issuing sick leaves from work–for a price.

Marnuel Gonzalez, chief investigator for the body that administers the country’s public hospitals and clinics, told La Nacion that the same charge surfaced last year and may be a network of crooked medical employees starting up their nefarious dealings again this year.

Indications are that someone would write an excuse to stay away from work on the grounds of illness to allow them to safely attend the fiesta at Palmares. This is not as farfetched as it sounds — La Nacion even has a Web site devoted to carrying parts of the celebration including the horse parade.

According to the La Nacion report, last year, a functionary visited the festivities and observed someone offering to write excuses for those attending the fair and filed a complaint. The courts referred it back to Mexico Hospital where the gang is suspected to be operating and no more has been heard.

Of course, the Social Security administrators (Caja) denied that such written excuses were available from the Caja and certainly not for pay. Naturally, the Caja has a fail-safe system in place like all good bureaucracies. But a private employer might not check this out.

Public employees, of course, have to go through a more rigorous procedure. Employers who suspect hanky-pankey are urged to bring irregularities to the attention of the courts. Social Security issue each month about 100,00 sick leaves for a loss of 5 million work days annually.

It is known that at times notepads disappear from Social Security installations and these may be used in the  fake work absence excuses. But most of them are pads for writing prescriptions for medicines — to sell drugs to addicts.

- Advertisement -
Paying the bills
Previous articleOtto Guevara Could Likely Be Elected Next President
Next article‘That’s a wrap!’ Gisele in Costa Rica Frolicking on the Beach in a Bikini