Otto Guevara Could Likely Be Elected Next President 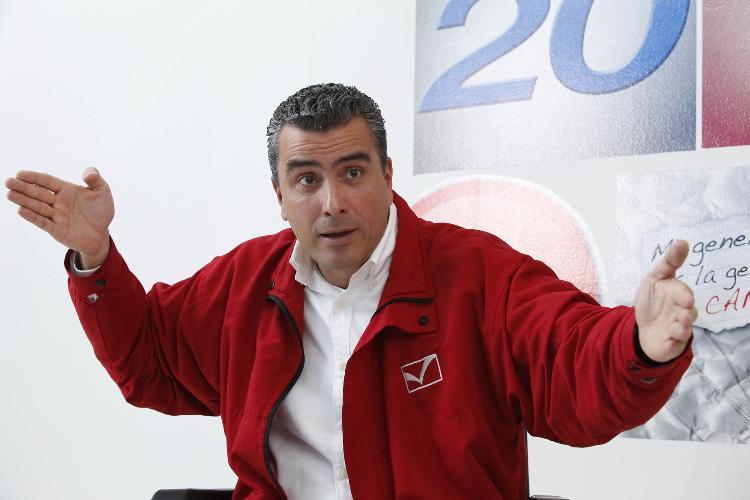 With a steady third position in the polls, the Movimiento Libertario candidate, Otto Guevara, could easily be Costa Rica’s next president when the country votes on February 2.

All expectations are that there will be a run off vote in April, as the top two candidates Johnny Araya of the Partido Liberacion Nacional (PLN) and José Maria Villalta of the Frenta Amplio (FA) are neck-to-neck in the latest poll, but neither of the two with sufficient support to meet the 40% requirement to win the first round vote.

Accoring to a report by La Nacion, if the vote were to go to a second round on April 6, between Villalta and Guevara, the poll results indicate Guevara would get 38.7% of the vote to Villalta’s 34%.

If the vote were between Araya and Guevara, the poll results show Guevara maintaining a steady vote at 38.4% and Araya with 30.7%.

If the run off vote is between Villalta and Araya, the results are in favour of Villalta, with 39% while Araya have only 35% of the votes.

In all three scenarios, Araya will be the loser.

Following the poll results, Guevara said that his “honest and transparent” message is being understood by the people.

The growing Guevara support is mainly coming from former and current members of the Partido Unidad Social Cristiana (PUSC), once a major political power, alternating the presidency for decades. The current PUSC candidate, Rodolfo Piza, has only 3.6% of the public support in the Unimer poll.  Supporters of the Partido Accion Cuidadana (PAC), whose candidate, Luis Guilleermo Solis with only 5.5% support of voters, could also stand behind Guevara.

A live television debate between the top five of thirteen presidential candidates will be on Sunday night at 7, on local channel 7.

Costa Rica political constitution calls for elections go automatically to a second round vote if no candidate obtains at least 40% of the votes on election day, held the first Sunday in February. The only time a second round vote was held was in 2002, when Abel Pacheco of the PUSC party got only 38.6% of the vote in the February elections, going on to win the recond round in April with 58% of the vote over the PLN’s Rolando Araya (brother of the current PLN candidate).

Q24N - The recent summit of the Community of...
Venezuela