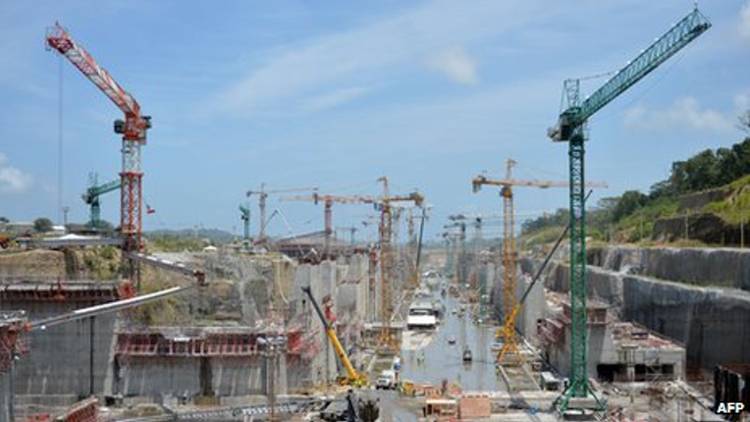 (QPANAMA) Panama’s President Richard Martinelli has threatened to go to Europe to demand a consortium fulfill its contract to expand the canal, which handles 5% of world trade. 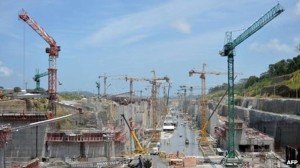 The cost of the expansion has overrun by US$1.6 billion dollars and the Spanish-led consortium has threatened to halt work unless the money is paid.

The president said: “I will go to Spain and Italy to demand these governments take moral responsibility.”

Construction is due to be completed in June 2015, nine months behind schedule with the overall cost of the project now expected to be US$5.2 billion.

Spanish builder Sacyr, the leader of the consortium known as the Grupo Unidos por el Canal (GUPC), has given 21 days’ notice to resolve the dispute.

The Panama Canal Authority says the consortium should respect the existing contract, arguing that the cost overruns are due to events that should be “normal” in such a construction project.

In a statement quoted on Panama media on Wednesday, canal administrator Jorge Quijano said: “No matter what kind of pressure is exercised against the ACP (Panama Canal Authority), we maintain our demand that Grupo Unidos por el Canal respect the contract that they agreed to and signed.”

The majority of the work involves building a third set of locks that can accommodate ships that can carry 12,000 containers.

At the moment the biggest ships that can navigate the canal carry 5,000 containers.

- Advertisement -
Paying the bills
Previous articlePHOTO: Remembering Chinchona
Next articleCNN selects Costa Rica as one of the 10 best places to visit in 2014