TODAY PANAMA (Panamagringoguide.com) Some time has passed since I have published a Panama expat interview, and I’m excited to get this one up for my audience. I started conducting these one-on-one conversations with a variety of Panama expats about four years ago soon after the launch of my first book, 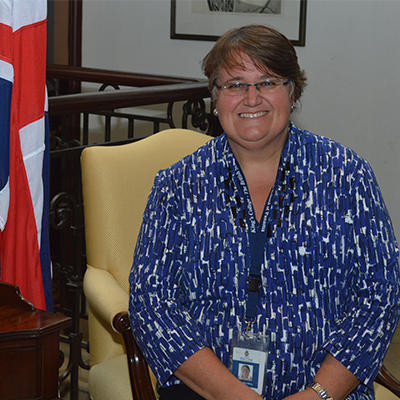 My third book – a memoir about my eight years in Panama as a female executive – is scheduled to launch in mid-2017. In that vein, though I now reside full-time in neighboring Costa Rica, I am still writing about Panama, and it’s in that spirit that I bring you this Panama expat interview with a lovely woman named Samantha Whay-Jenkins.

Samantha, or “Sam” as her friends call her, relocated to in the city of Panama from Madrid, Spain four and a half years ago in May 2012. While she hails originally from the Southeast part of England – Kent and Sussex, to be exact – which means she has that cool British accent, she lived in Spain for 21 years.

What a Feat: Opening a School and Starting a Business in Panama

Soon after she moved to Panama, Sam and I had the pleasure of meeting one another in the Panama British Chamber of Commerce, where we were both corporate members. Sam had come to Panama as part of the advance team for setting up a new international school – Kings College Panama (www.KingsCollege.com.pa, 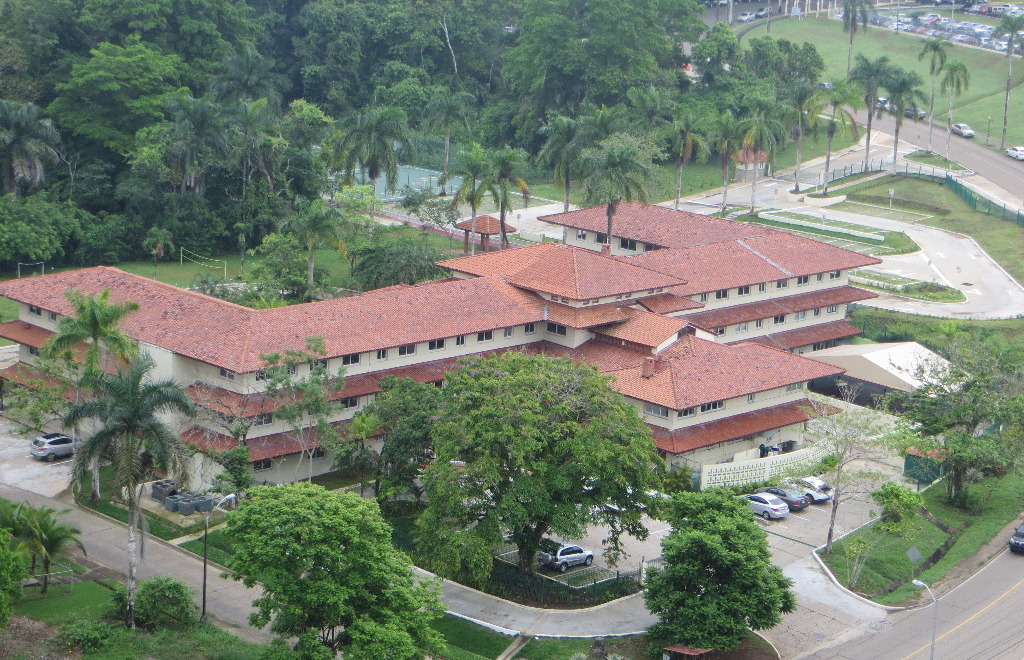 Sam came as part of the Kings College Panama advance team in 2012.

a division of Kings College Madrid) – prior to its pening in September of 2012. For the first 18 months of her new life in Panama, she worked alongside her sister, the school’s director, in getting the school up and running through its first full year of operation before launching Kings Training Panama, a consultancy offering custom training and organization development for companies. Since 2014, Sam has been dedicated her work as the full-time director of the training division.

Sam and I both served on the board of directors for the British Chamber during the time period when I was working with London & Regional Panama on the redevelopment of the former U.S. Air base into a new city (now called Panama Pacifico). It was through our collective service on the Chamber’s communications arms that we became colleagues and friends. I am thrilled to have the opportunity to speak to her about her experience living in Panama the past several years.

So, thank you again, Sam for your willingness to be interviewed and to share your story with the Panama Gringo Guide.

Panama Expat Sam Whay-Jenkins in her own words

From this point forward, I’ll do my best to let Sam speak for herself. Please note that post our Skype in November 2016, Sam had the opportunity to review and approve the content of this interview prior to its publication to ensure that my notes reflected her actual responses to my questions.

JuliAnne: Sam, before we leave the topic of your work, what kind of clients do you work with at Kings Training Panama?

Sam: Probably our best client is MIT (which stands for Manzanillo International Terminal – the port on the Atlantic end of the Panama Canal in Colon) though we work from large to small – with multinational companies all the way down to small business. We also do consultancy work in Panama, Mexico, and Chile.

JuliAnne: For those readers new to Panama who don’t know much about Kings Training, can you expound a bit on what services you actually provide in simpler language.

Sam: We do a lot of soft skills training ranging from leadership, communications, and performance management to customer service training, sales training, Train the Trainer and general HR consultancy.

JuliAnne: Since you’re located in Panama, are all the services offered only available in Spanish?

Sam: All of our services are offered in both English and Spanish.

JuliAnne: What kind of research did you do before you moved to Panama?

Sam: None really. I had never visited Panama before I moved, nor did I do any research. Because I came out with my sister who came out to be the head director of the school, it was the project that drew me, versus the place. I was excited about the idea of setting up a new business – the training division previously mentioned. So, my sister had visited Panama twice but I never had prior to moving.

JuliAnne: I have to comment that that’s pretty brave on your part, Sam.

Sam: Well, I think it’s safe to say that I felt overconfident about my move because I was already a competent Spanish speaker. I assumed because this is a Spanish speaking country that that would make the move an easier transition for me.

JuliAnne: And how true did that assumption turn out to be, in your experience?

Sam: Mixed really. I spent the first three months saying “Pardon” to everyone who spoke to me, I couldn’t really understand the accent, the colloquialisms or the new vocabulary. It was quite depressing. As time has passed, I am more comfortable with the differences but I still use my Castilian vocabulary. Having said that I think that speaking Spanish has been my salvation in connecting with people, making connections and feeling more at home. Panamanians say that my Spanish is “Ye ye”, which basically means posh!

JuliAnne: What are the top three things you love about living in Panama?

Sam: I would say number one, living in a tropical climate so near to all of nature and so many animals. To this day – almost five years later – I continue to have a sense of wonder about the abundant nature in this country and all the kinds of animals.

Number two, I would say I love the sense of opportunity in Panama. It’s a fact that Panama is a small country, which means that literally every conversation you have can open up business opportunities for you.

Three, I have encountered some genuinely amazing people here. When I have connected with locals (as I do almost every day through the training programs I teach), I have created some pretty amazing relationships with people whose lives are very different than mine. While I’ve traveled before I moved to Panama, in the past when I traveled, I connected for the most part with people that were similar to me. Here in Panama, I’ve had a very different experience and that’s been really enriching.
What’s it Like to Be an Expat in Panama? Sam’s take…

JuliAnne: What are the top three things that drive you crazy about expat life in Panama?

Sam: Before I answer that, I’d like to say something about the whole ‘expat’ concept. Before I moved here, if I’d had any reservation about coming to Panama, it would have been that I normally don’t like expats.

When I think of ‘expats’, I think of the privileged ghettos where foreigners often set up in foreign countries – unto themselves like little gated compounds, apart from the locals and only mixing amongst themselves. When I lived in Spain, I tried to avoid those places (and the people that chose to live like that). ‘Expat’ for me tends to conjure the word ‘exclusion’ as opposed to the word ‘inclusion’. Even though it is very difficult to make friends with local people when you are not yourself a ‘local’, I really object to people who are not from a country who live in another country and knock it the whole time they are there. There’s a lot of expats in Panama who don’t have anything good to say about Panama, and I personally find that very draining and try to avoid them.

Having said that, one living abroad is an expat but I think you can live as an expat in very different ways than being a part of the typical ‘expat community’ that I experienced in places like Spain.

JuliAnne: Well said, Sam. I agree with your sentiments. It was my own experience of those kinds of expats in Panama – the ones that never stop griping – that led me to write my books, and to start the Panama Gringo Guide blog. So, thank you.

My interview with Sam ran longer than originally anticipated…which is great news because it means there’s a lot more of what she had to say that can be useful to you, if you’re considering Panama for retirement, or if you’re moving to Panama.

That said, it’s way too long for just one post. So stay tuned and Part Two of my Panama Expat Interview with Samantha Whay-Jenkins will be posted here very soon!

For more about me, my bestselling books about Panama, and my writing in general, visit my Official Author website at: JuliAnne Murphy.com or check out my writing about my life in Costa Rica at La Pura Vida Costa Rica.com.

This article originally appeared on Panamagringoguide.com

TODAY PANAMA (Panamagringoguide.com) If you’re just now joining us, you may...
Read more