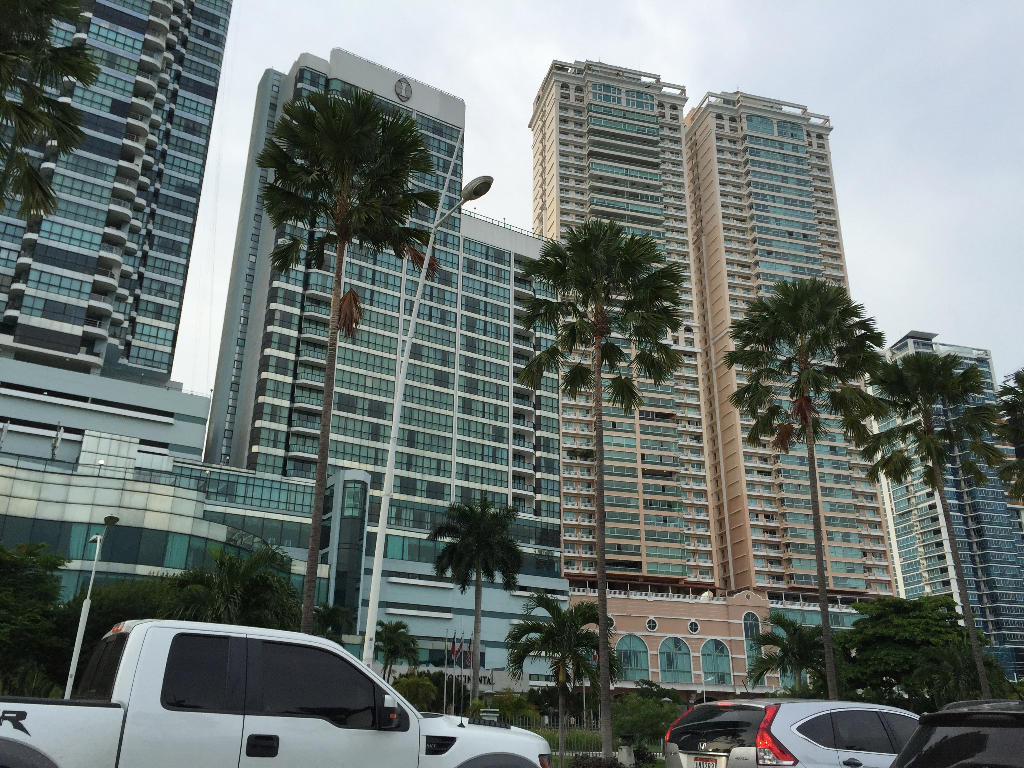 TODAY PANAMA (Panamagringoguide.com) If you’re just now joining us, you may wish to refer first to Part One of Sam’s 2016 Panama Expat interview.

Samantha Whay-Jenkins, an executive who lives in the country of Panama and works with Kings Training Panama (a division of Kings College Panama), and I had a lovely conversation last month about her close to five years living there as an expat, what that has meant to her, and some recommendations she has for future expats in Panama – both on the personal level and related to business.

This is Part 2 of Sam’s Panama expat interview, in a series of three. So, without further ado, we’ll resume our conversation here. (Note that Sam has reviewed and approved this interview, prior to its going public.)

The Top Three Things about Expat Life in Panama that Drive Her Crazy!

JuliAnne: What are the top three things that drive you crazy about expat life in Panama?

Sam: Sure. But back to your question about the top three things that drive me crazy in Panama (as at the end of Part I of her interview, she got side tracked with a description of the definition of expats). 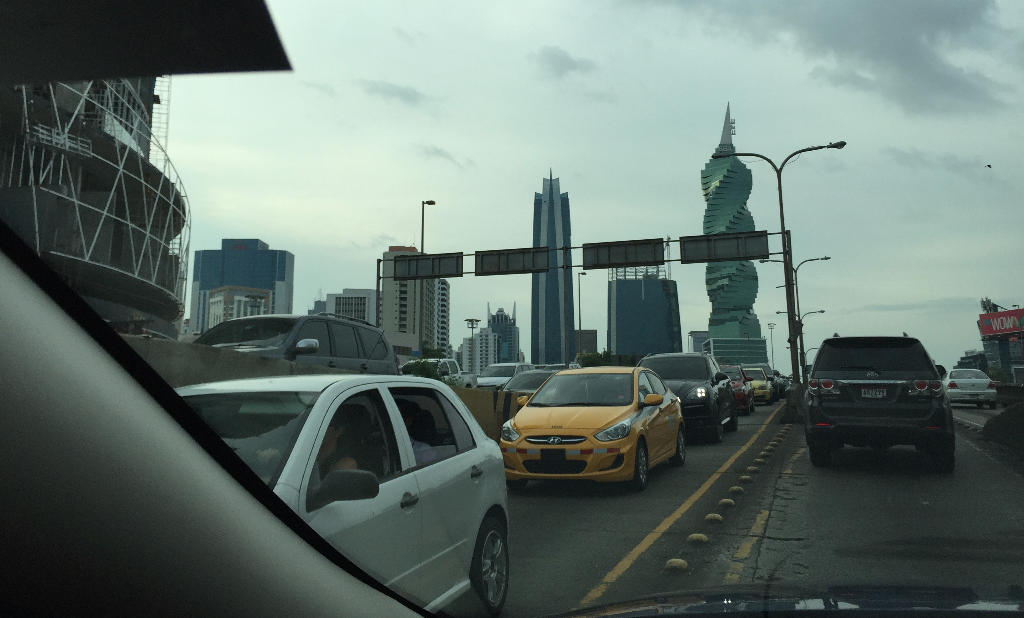 Panama traffic can test even the most patient expat in Panama.

JuliAnne: Let me insert something about Juega Vivo here for a moment. This is not something I’ve seen in other countries – like Costa Rica, where I live right now. However, it is something that is rampant in Panama. As such, I talk quite a bit about it in my first book – for those that want to read up on it a bit more.

A Rude Awakening for New Expats in Panama

Sam: After I’d lived in Panama for 18 months, I lunched with two colleagues who asked me how I would describe the country based on my experience. I gave them a specific descriptor: ‘schizophrenic hybrid’.

JuliAnne: Expound on what that means please.

Sam: By that, I mean in living in Panama, there are two worlds – the ‘haves’ who have and tend to have a lot, and the ‘have nots’ who don’t tend to have much at all. There’s a growing middle class which in my opinion is growing very slowly, but there’s not a lot of services for middle class families at this point in time.

Because the rents in the city of Panama are very high (especially in the urban center where you are land locked by the Panama Canal and the Pacific Ocean), you either pay really crazy expensive prices for your goods – like for example in Panama’s upscale supermarket, Riba Smith, or you are worried about the quality and standards of products you can find in the lower-end grocery stores.

It’s the same with restaurants in Panama. Restaurants are pretty expensive here or you can go to the locally run places where they’re cheap. When you live in the ‘haves’ world, and you need something, you often can’t find it, or if you can find it, you get slapped in the face from the sticker shock of what it costs to get it. Either way – the lack of, or the sticker shock route – lead to a rather rude awakening that when you live in Panama, you live in the developing world, not the developed world.

As an expat living here, it’s easy to convince yourself that you’re living in the developed world, but then when you do normal things just trying to live your normal, non-work life, you find you’re actually living in the developing world. That fact can be quite challenging and tiring at times.

JuliAnne: I like the way you described that phenomenon, Sam. Again, I’ve written a lot about this very topic as it relates to living in Panama, and, what you say is absolutely true. Often, people read a lot of marketing-driven ‘facts’ about the country which leads them to believe that when they move here, that the country is solely ‘developed’. Then, after they arrive, they‘re shocked when reality hits and they try to do something like open a bank account or get their cable hooked up or start a corporation, and everything moves at a snail’s pace.

Five Recommendations for Moving to Panama

JuliAnne: Based on almost five years here, Sam, what would be your top recommendations to someone considering moving to Panama?

Sam: Well, number one, language. I don’t know if I would still be here if I had not been able to speak Spanish when I moved here.

JuliAnne: Can you expound on that a bit?

Sam: I say that because the positive things that I have encountered in terms of relationships and in terms of business and how people view me has been easier and more positive because of my ability to communicate in the local language. When people hear me speak in Spanish, it seems to create an immediate kind of kudos between them and me. I believe that’s because Panamanians are used to having expats live here who have been here a long, long time and don’t speak a word of Spanish.
Panama expat, Spanish language courses, Panama, Panama Gringo Guide, 2016 Panama expat interview
Panama expat & executive Sam advises that learning Spanish will make living in the country much easier.

I believe one is simply more respected by the locals when that person moves to Panama and they learn to speak the language.

Sam: Number two, many expats move here and don’t comply with the things that Panama as a country requires for living here as a foreign resident. For example, Panama requires that within three months of living here, you need to get a Panamanian driver’s license. Many expats are either uneducated about these requirements or they choose to ignore them altogether. As such, when a local – even a police officer – meets someone that does comply with those types of standards – which I have in the past and continue to do – it’s kind of a surprise to them. And, again, when you play by their rules in these ways as a foreigner living here, it’s very much respected by the local population. So, my recommendation for those considering Panama as a place to live is that you research what the country requires of you and comply with those things. If you choose to reside here, do so within the legal parameters.

JuliAnne: Great. Anything else?

Sam: Coming back to the topic of language, the ability to communicate in English in Panama’s business circles is actually quite good. But in terms of relationship building, being able to communicate in Spanish will help a new resident here get off to a better start.

Unfortunately, when you live in the city of Panama, you will need a car. The culture is very American in that sense. Public transport, whilst cheap, can be difficult to handle as there are a lot of illegal carriers and many vehicles including taxis are in a dangerous state of repair. Walking is often not an option for the climate and also a total lack of pavements. Cycling, in my opinion is dangerous when you consider the way that they drive here. So, unfortunately a car is almost a must.

If you are coming with a family, make sure that you live near where your kids go to school (or that that distance between is small). If the mother figure is at home during the day, the family will want to live close to where she and the kids can create a network of support. (Long commutes in the crazy traffic here can cause major disconnection between members of the family and within the child’s social network of friends, in Sam’s experience.)

JuliAnne: Yes, yes, yes, I so agree. Being in the traffic here in the city every day for hours at a time is so stressful.

Sam: As an example, my office is located 1.8 kilometers from my home. But, on some days, that short commute can take me 40 minutes. In other countries, it’s normal to try to go to three to four appointments in a day. But here in Panama, that’s very difficult because of the traffic. Normally, here you can schedule a maximum of two, and sometimes three, if you’re lucky.

Wow. Good information, right? Very, very helpful stuff if you’re someone considering Panama – especially la Ciudad de Panama – as a place to live or work or if you’re considering starting a business in Panama or even buying real estate in Panama. Especially the traffic and time considerations. A special thanks again to Sam for lending us her time and having this conversation with the Panama Gringo Guide.

Because this interview is quite lengthy, you’ll see Part 3 coming soon right here, and Sam’s recommendations and insights about doing business in Panama. This is very valuable advice, as Sam currently serves as the President of the Panama-British Chamber of Commerce, one of the city’s well-known and trusted sources of reliable information and connections for expats in Panama.

You can see more on me, my writing, my blog about expat living in Costa Rica, and questions, right here.

Pura Vida! (That’s how we close a conversation or a meeting in Costa Rica). And Saludos (this one is more Panama).

This article originally appeared on Panamagringoguide.com

TODAY PANAMA (Panamagringoguide.com) Some time has passed since I have published...
Read more

We are all mentally exhausted by sitting in our...
News