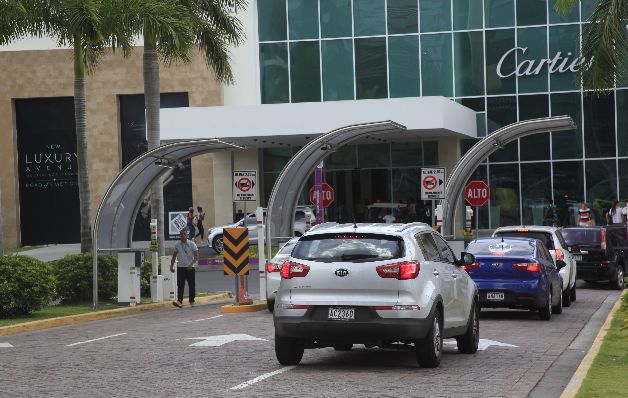 TODAY PANAMA – With opposition from the business sector and partially vetoed by President Varela, the Assembly has approved the law granting the right to free parking in shopping centers.

Now it will be the Supreme Court which decides whether the controversial law adopted in January and subsequently vetoed in two articles by President Varela, is not unconstitutional. The law was passed now “… after insistence, on its third reading” by the National Assembly.

The statement of the Assembly states that “… Among the items challenged by the Executive Branch is number 2, which establishes the right to parking space, assuming that it violates Article 47 of the Constitution detailing the guarantee of private property.
The project was considered inconvenient in Articles 2 and 5, because the right to property is limited, according to the Executive Branch and constitutes a fundamental right and as such its limitation is subject not only to formal requirements as adopted by Law, but also to procedural requirements. ”

“.. During the approval on the third reading, the deputies Elias Castillo, Juan Carlos Arango and Dimas Oda supported the passage of this bill. The bill will be sent to the Supreme Court for their decision of its constitutionality.”

Panamaamerica.com.pa reports that “… In this regard, the President of the Chamber of Commerce, Industries and Agriculture of Panama (CCIAP), Carlos Fernandez, insisted that the legislative proposal attempts to regulate private property to the detriment of what is established in the Constitution. However, Fernandez said they will let the process run its course, and let the Supreme Court decide whether the measure is unconstitutional or not. ”

QCOSTARICA - Southwest airlines will add a new route to the Daniel Oduber International Airport, in Liberia, this time connecting with the city of...
Rico's Digest