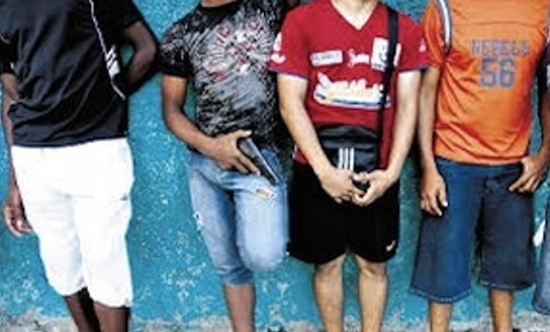 TODAY PANAMA (InsightCrime) 150 former gang members graduated from an amnesty program in Panama with diplomas in vocational skills meant to make them competitive candidates for employment, as the government looks for solutions to the rising influence of criminal groups in the country.

The program is part of a government initiative that granted amnesty to gang members who disarm. Varela original announced the initiative during his swearing-in ceremony in July 2014. It was meant to last just a month, but has since been extended.

Members of Panama’s Security Ministry have credited the program with playing a role in reducing homicides by half last year in areas with a high level of gang activity such as the La Chorrera and Arraijan districts in western Panama, reported La Estrella.

Approximately 2,500 former gang members have joined the amnesty initiative nationwide, and the government plans to double that number during 2015, according to La Estrella.

It is difficult to measure the direct impact of Secure Neighborhoods on Panama’s slight reduction in homicides last year — especially considering the country’s increased spending on violence prevention. Still, the graduation of 150 ex-gang members and the plan for expanding the initiative is a welcome sign the government is serious about finding sustainable, alternative solutions to the country’s gang problem. The reported drop in violence in La Chorrera and Arraijan is one indication the program may be having some positive impact, as these districts are home to the country’s two most powerful gangs: Calor Calor and Bagdad.

By implementing an amnesty program that offers job training for former gang members, Panama is addressing what’s arguably the country’s biggest security threat: the proliferation of street gangs in recent years. These criminal groups — in addition to drug trafficking organizations — were reportedly responsible for an impressive 90 percent of murders in 2013. Some gangs are even reportedly beginning to run “oficinas de cobro” — criminal cells that handle transnational drug trafficking operations, a role typically reserved for Colombian organized crime groups who use Panama as a transit point for moving cocaine northward.

Despite the implementation of more progressive security strategies such as Secure Neighborhoods, the Panamanian government has also indicated it’s not adverse to taking a hardline approach to combating organized crime. According to La Estrella, one of the organizers of the initiative told the newspaper that “gang members who do not respect the discipline of the Secure Neighborhood program will immediately receive an iron fist (‘mano dura’) treatment [by security forces].”