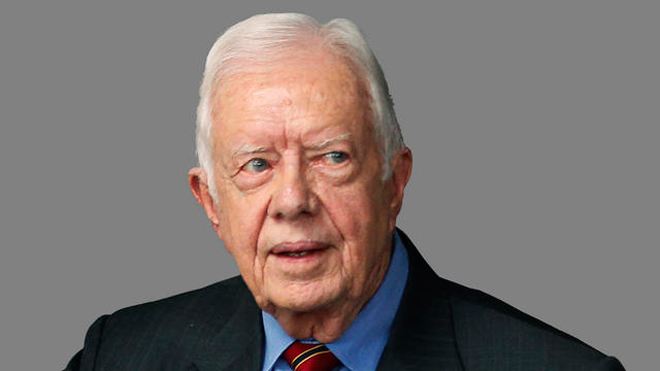 (TODAY PANAMA) Panama’s Electoral Court (EC) rewarded the support it received from former US President James Carter when recognizing various events, chiefly the signing of the treaties with Omar Torrijos which returned the canal to Panama.

In a letter circulated this week the president of the Electoral Court, Erasmo Pinilla, said that the EC has felt Carter’s absence in Panama’s Elections, but they both, Pinilla and the former president, knew why the Carter Center had stopped coming to Panama to observe the elections.

Pinilla added they are full of joy with the return of the Carter Center to the country because they are now in a unusual complex electoral situation and only its presence calls everyone to respect human rights.

The EC president said that Panama recognizes Carter for being a man of peace and admitting that self-determination is the best alternative for peaceful co-existence among nations, following the signing of the Torrijos-Carter Treaties.

James Earl “Jimmy” Carter, Jr. (born October 1, 1924) served as the 39th President of the United States from 1977 to 1981 and was awarded the 2002 Nobel Peace Prize, the only U.S. President to have received the Prize after leaving office. Before he became President, Carter served as a U.S. Naval officer, was a peanut farmer, served two terms as a Georgia State Senator and one as the Governor of Georgia, from 1971 to 1975.