Pandemic and inequality: For whom the bells don’t toll

“We are in this moment of tranquility when it comes to press coverage. Covid-19 is all [the media] talks about.” That phrase was uttered by Brazilian Environment Minister Ricardo Salles, during a now-infamous April 22 cabinet meeting.

He explained to his boss and peers the golden opportunity the administration had to do away with environmental regulations, as reporters’ focus was elsewhere. At that point, the pandemic had already killed 2,741 Brazilians.

It is apparent that this government is indifferent to the victims of the pandemic and the suffering it has inflicted. Whose lives then matter in Brazil? Certainly not the majority of those who are dying from the coronavirus.

The virus was brought to Brazil by the rich who can still afford to travel to Europe and the U.S. despite the massive devaluation of the Brazilian Real. But, as reporter Augusta Saraiva showed on May 10, the majority of those dying from the pandemic are the poor and black.

The coronavirus has by no means been the “great equalizer” many talked about. If anything it has been the exact opposite.

Inequality: the geography of Covid-19 in Brazil

First the virus came to post neighborhoods like Jardins in São Paulo, the coronavirus hotspots are now on peripheral communities of Brazil’s major cities — where social distancing is impossible. All twenty neighborhoods with the most Covid-19 deaths are on the outskirts of São Paulo. Combined, they account for 40 percent of the entire city’s death total. And despite the growing body count, the city has so far avoided a lockdown and could resume commercial activities as early as June.

Nationwide, the virus is spreading much faster in the North and Northeast regions — the poorest in Brazil. The Amazonian city of Manaus was the first to experience a full-scale healthcare collapse, and data editor Marcelo Soares showed how the arid Sertão is being ravaged by the coronavirus. And the small impoverished cities of the northeastern countryside are the next in line to see their healthcare systems collapse.

The brutal inequality that continues to define Brazilian society is nowhere more apparent than in how the disease came to Brazil.

One of Brazil’s first reported deaths from the coronavirus was of a domestic worker — whose employer in the wealthy Rio de Janeiro neighborhood of Leblon had contracted the virus in Italy. Her employer neglected to inform her of the risks, despite the fact she had worked for the family for decades.

There is also the case of a businessman diagnosed with Covid-19 in São Paulo, who left the hospital and took a private jet to party with friends at a Bahia beach resort in early March. While the businessman and the Leblon resident survived, others have not been so lucky. 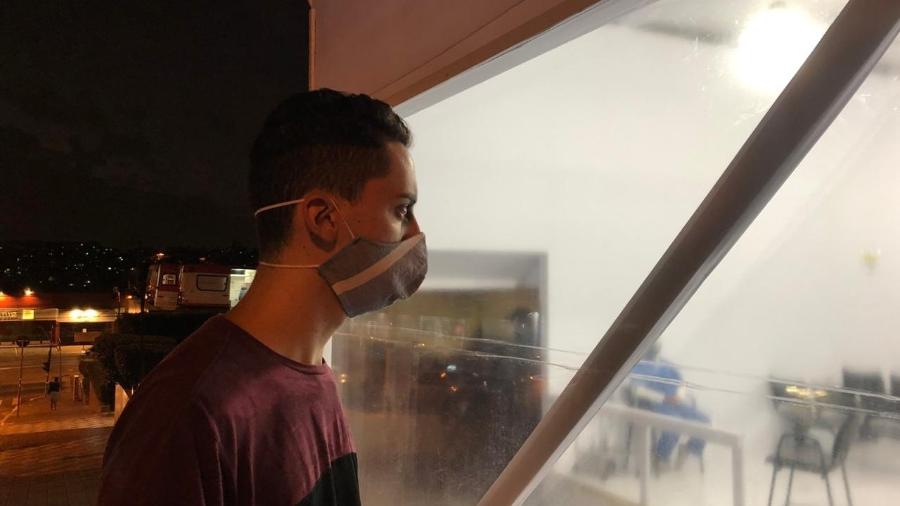 Brazil’s poor were abandoned before the pandemic

In Belém, the mayor decided that maids and housekeepers as “essential workers,” allowing employers to demand their domestic workers continue their activities, even during social isolation measures. Meanwhile, demand for state-of-the-art air ambulances taking the city’s jet-set to upscale São Paulo hospitals rose by 100 percent.

Brazil does not have a culture of social solidarity, for instance, only BRL 5 billion has been raised to fight the pandemic — despite the country having 45 billionaires who combine for a net worth of USD$127 billion.

But the fact is that Brazil’s poor were abandoned by the state long before the pandemic. Favela residents are well aware that the state has left them to their own fate and have taken matters into their hands in producing protective masks and organizing medical services in their communities.

In Brazil’s overcrowded prisons, reported cases have quintupled in just three weeks, while members of the government openly say things like “human rights are, basically, for righteous humans.”

Favela residents are still being terrorized by the police, who have if anything intensified operations during the pandemic in Rio de Janeiro. In April 2020, operations rose 28 percent — and police killings were up 58 percent. The recent killing of 14-year-old João Pedro, while he was playing with his cousin, highlights this ongoing barbarism.

The tragedy was not inevitable

Mr. Bolsonaro poses as a defender of the common man, who has had their livelihood taken away from him by lockdown measures imposed by state governors. He is anything but.

It was never inevitable that the poor would have to choose between starvation and lockdown. The government’s mishandling of the crisis and the lack of social provision was a choice. In the end the lives of those dying from the pandemic did not mean enough to warrant the type of intervention needed to prevent this crisis from occurring.

For a lockdown to work, you need both a significant amount of public-buy-in and a government committed to ensuring that people are able to survive it. Neither of these can be found in Brazil, in most part because Mr. Bolsonaro’s government has done all it can to ensure this.

Mr. Bolsonaro once famously declared that in order to truly solve Brazil’s problems, 30,000 would have to die — we should not be surprised by his contempt for the victims of the pandemic. He was elected in part on the basis of his promise to shoot his way through Brazil’s problems, as was his former ally Rio de Janeiro Governor Wilson Witzel who promised to “dig graves” in a crackdown on drug gangs.

Well, graves are being dug and the pandemic’s body count is inching closer to 30,000.

Previous article“In Costa Rica it is dangerous to go out alone, if the Covid does not kill you, someone on the street does”
Next articleWhom to believe, hackers or your BCR bank?

QCOSTARICA - The possibility that the country falls into...
Weather